You can go home again, even if only in pictures.

A recent article at BBC (and reported elsewhere as well) indicates that evidence for double-asteroid impacts on earth is growing more credible. 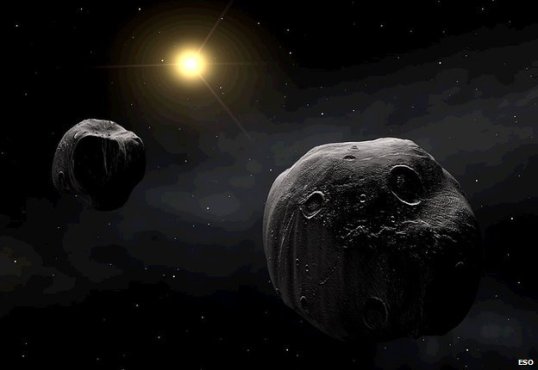 According to astronomers, around 15% of asteroids are binaries, with a smaller “moon” orbiting a larger body. These are formed when a rubble asteroid begins spinning so fast as the result of solar pressure that a portion of its substance is ejected, forming a small satellite.[1]

Several candidates for double impacts exist on earth – Clearwater Lakes in Quebec, Canada are one potential pair (below). 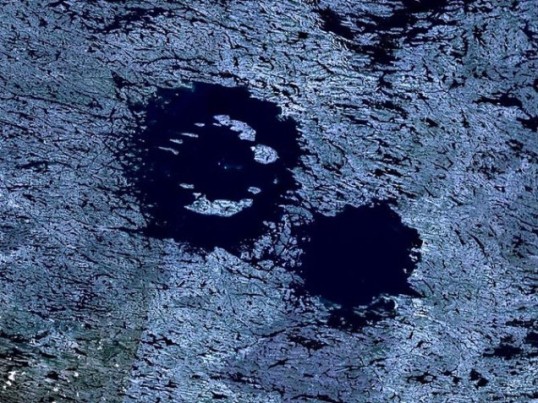 It is obvious that any pair of craters must be the same geological age to be identified as a double-strike candidate. Now,  “Dr. Jens  Ormo and his colleagues studied two craters called Lockne and Målingen, which lie about 16km apart in northern Sweden. Measuring about 7.5km wide, Lockne is the bigger of the two structures; Målingen, which lies to the south-west, is about 10 times smaller.”

Dr. Ormo’s team dated the craters using chitnozoan fossils and determined that the Målingen structure and the Lockne crater are the same age, roughly 458 million years; it is hypothesized that these were formed as the result of a twin strike  in the Ordovician Period.

[1] See the additional information provided in a comment by engastrobd below.

I have no idea who put together this collage. Mad props to them; the image is beautiful. Click it for a full-size view. 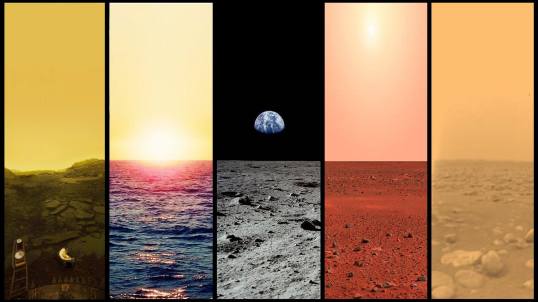 From left to right: Venus, Terra, Luna, Mars, and Titan. All but our own world would freeze you or roast you or both.

My hat is off to the scientists and technicians who made these pictures possible. 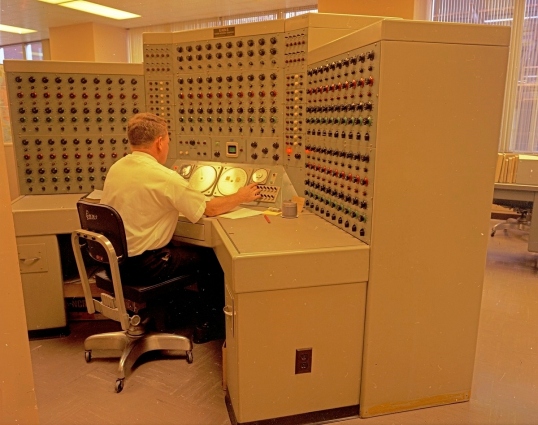 An operator working at an Enns Power Network analog computer. From the City Light, Seattle Municipal Archives. Analog computers were widely used in scientific and industrial applications where digital computers of the time lacked sufficient performance. 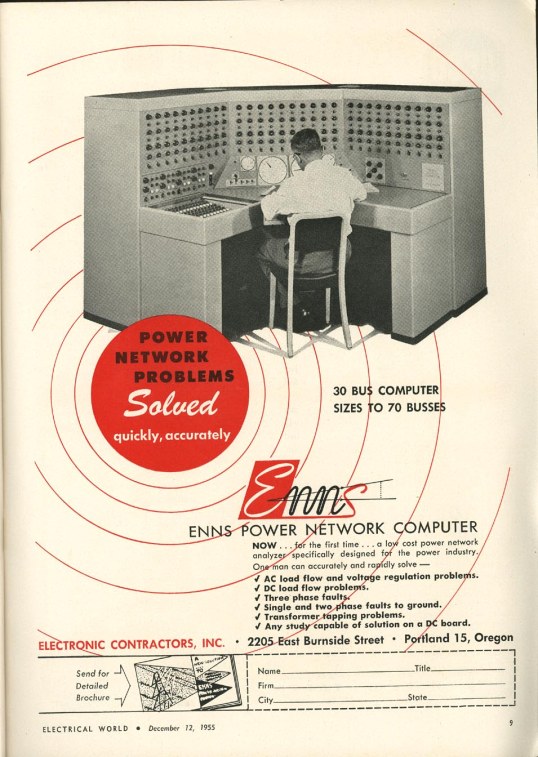 Whether it is Serbian in origin or not, it’s a good proverb. I like it. Because it’s true. From Random Science Tools comes this chart of the relative preponderance of elements in the body of an average 70kg man:

Chemical composition of the human body by mass 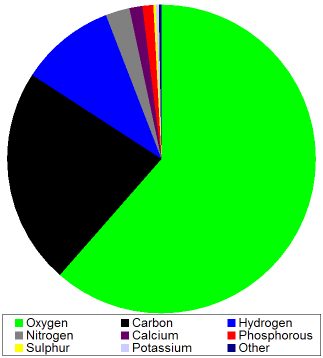 As little as it may be, we have gold in us. And other rare elements. And we have to remember that at the creation of the universe, the only elements present were hydrogen and helium. Every other naturally-occurring element in the periodic table was born in the hearts of dying stars which ended their lives as supernovæ, or – as recently hypothesized in the case of heavier elements like gold – in collisions between neutron stars. 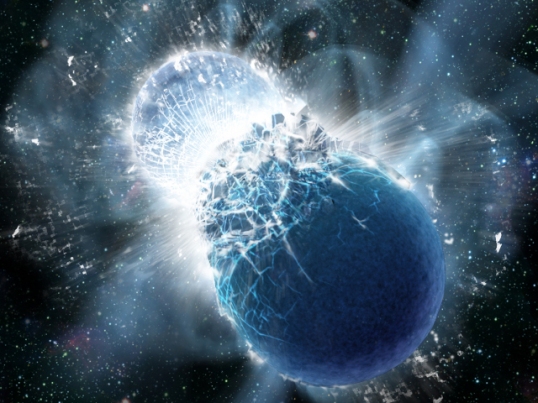 I like Carl Sagan’s quote, which he also managed to work into his book Contact: “The universe is a pretty big place. If it’s just us, seems like an awful waste of space.” Whether we are alone in the universe is a question which science has yet to answer, but it’s pretty mind-bending to think that the elements which make up our bodies came from the universe around us. As astrophysicist Neil Degrasse Tyson said,

“Recognize that the very molecules that make up your body, the atoms that construct the molecules, are traceable to the crucibles that were once the centers of high mass stars that exploded their chemically rich guts into the galaxy, enriching pristine gas clouds with the chemistry of life. So that we are all connected to each other biologically, to the earth chemically and to the rest of the universe atomically. That’s kinda cool! That makes me smile and I actually feel quite large at the end of that. It’s not that we are better than the universe, we are part of the universe. We are in the universe and the universe is in us.”

I love the aurora, I’ve only seen it in person once – as far south as Montana, on a dark night at around 2:00 AM. We were driving back home from a trip to Calgary, and off behind some hills we saw what looked like those big advertising spotlights moving across the sky. We stopped to watch, and saw some ribbons as well. Someday I’ll make it up to Alaska and hope to see some better displays.

This image of a sunspot (with superimposed USA for approximate scale) was taken by the New Solar Telescope at the Big Bear Solar Observatory. It is the most precise image of a sunspot ever taken. The granules on the sun’s surface are approximately 1 million meters (621 miles) in diameter, and roughly 2500 miles deep. 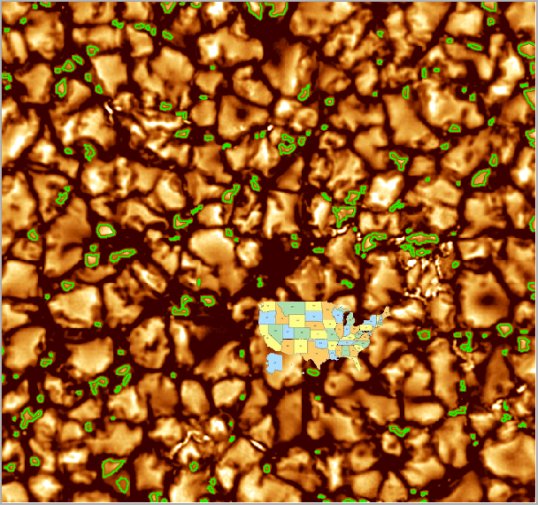 From the BBSO website: “New observations of the solar granulation with the New Solar Telescope (NST) at the Big Bear Solar Observatory (BBSO) allowed a NJIT-Stanford research team to make the next step in understanding of the solar surface structure. A new complex world of very small granules became visible between normal solar granules. Mini-granules, as small as Maine, form a multi-fractal structure, similar to other systems in nature, such as coast lines, glaciers, earthquakes, stock market, etc. A key property of such systems is their unpredictable, burst-like behavior and jagged, irregular shape. Usually, occurrence of numerous independent random processes lead to the formation of a such system. Studying of such systems is beneficial for understanding both the universe and the social life.”

So much energy there, free for the taking.