One of the oldest photos of the Great Sphinx, from 1880. Notice that much of the Sphinx is still under the sand.

Egyptians call him “أبو الهول” (abu al-hol, the father of terror or the terrifying one.)

Built in around 2500 BC, that makes him close to 4,500 years old – an astonishing lifespan. The loss of his nose was attributed to Muhammad Sa’im al-Dahr in 1378, when he became angered that local peasants were making sacrifices to the sphinx for favorable crops. Today, however, we know better [1]. Despite weathering over time, for something so ancient, he has survived remarkably well.

The Great Sphinx of Giza in Olfert Dapper, ”Description de l’Afrique” (1665) Notice that there are two sphinges [2]

From the Bronze Age, the Hellenes had trade and cultural contacts with Egypt. Before the time that Alexander the Great occupied Egypt, the Greek name, sphinx, was already applied to these statues. The historians and geographers of Greece wrote extensively about Egyptian culture. Heredotus called the ram-headed sphinxes criosphinges, and the hawk-headed ones hieracosphinges.

The word sphinx comes from the Greek Σφίγξ, apparently from the verb σφίγγω (sphíngō), meaning “to squeeze”, “to tighten up”. This name may be derived from the fact that the hunters for a pride of lions are the lionesses, and kill their prey by strangulation, biting the throat of prey and holding them down until they die. However, the historian Susan Wise Bauer suggests that the word “sphinx” was instead a Greek corruption of the Egyptian name “shesepankh,” which meant “living image,” and referred rather to the statue of the sphinx, which was carved out of “living rock” (rock that was present at the construction site, not harvested and brought from another location), than to the beast itself.

There was a single sphinx in Greek mythology, a unique demon of destruction and bad luck. According to Hesiod, she was a daughter of Orthus[8] and either Echidna or the Chimera, or perhaps even Ceto;[9] according to others, she was a daughter of Echidna and Typhon. All of these are chthonic figures from the earliest of Greek myths, before the Olympians ruled the Greek pantheon. The Sphinx is called Phix (Φίξ) [3] by Hesiod in line 326 of the Theogony, the proper name for the Sphinx noted by Pierre Grimal’s The Penguin Dictionary of Classical Mythology.

The Great Sphinx at Giza is not the only one around – there are countless sphinges throughout Egypt and elsewhere: 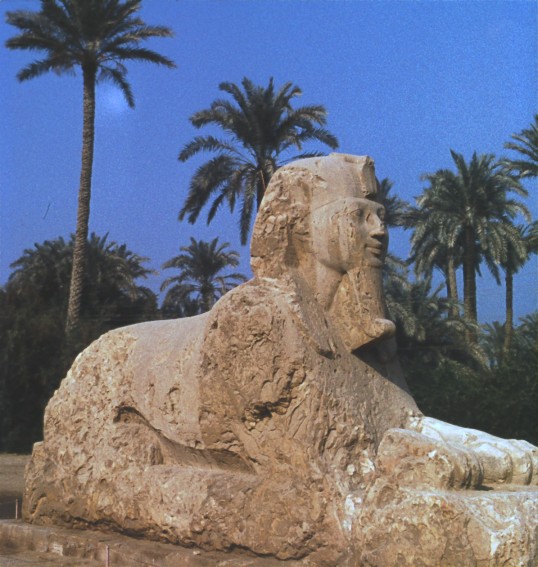 Rows of ram-headed sphinges at Luxor.

Regardless of the number, however, the Great Sphinx at Giza remains one of the wonders of the world from any century.

[2] Sphinges is the classical plural for sphinx. 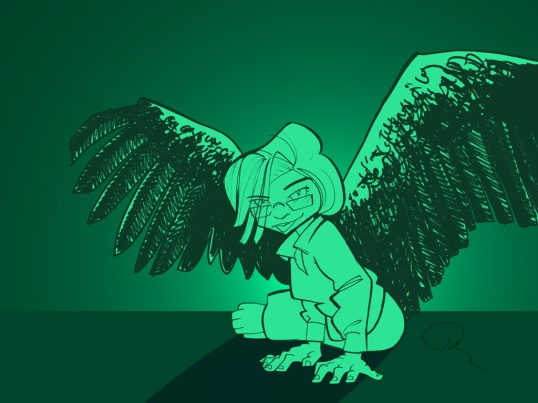 “Wapsi Square is named for the fictitious neighborhood in Minneapolis where the characters live. Its protagonist is Monica Villarreal, a feisty, busty, 4’10” tall latina who has recently moved from a safe world of normalcy where all she had to question was her own inner demons, to a world of supernatural lunacy, drunken college girls who have the power to obliterate the universe, an Aztec golem named Tepoz who can make the best damned martini in the world, a psychologist demon barista, and a host of other characters, some of whom may just live downstairs from you.” (Wiki)