I’ve been to two other conventions, San Diego and NYC. This was Salt Lake’s first, and from my own experience and the general reception, I’d say it was a smashing success.

The con planned to be held at the South Towne Expo Center, but the response necessitated a move to the Salt Palace, and by Saturday afternoon, the place was packed to the doors – the fire marshals declared the event “Sold Out” at 3:00 PM, and we almost didn’t get back in after lunch.

There were some great costumes and great displays to be seen, and some high-level celebrities available to meet and greet – saying hello cost nothing ,but photo ops and autographs were available (for a fee). I plunked down for an autograph from William Shatner; steep, but it was worth it. 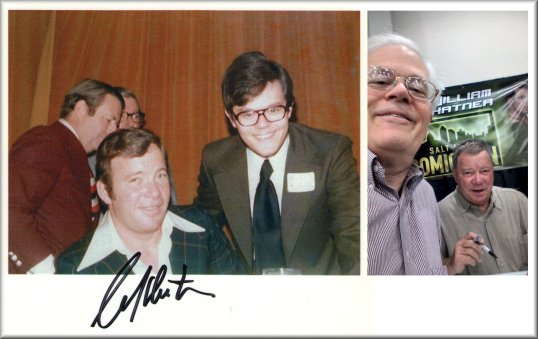 The first image was taken in 1974 at a meeting of the Pacific Pioneer Broadcasters, shortly before I left on my two-year mission to Austria. The second at the Con, and it was a miracle that I was able to snap it. I had hoped that I could duplicate the pose, but Mr. Shatner was signing autographs faster than a Subway sandwich assembly line, and he graciously allowed me to take the selfie. So, almost 40 years apart… and we still look good. 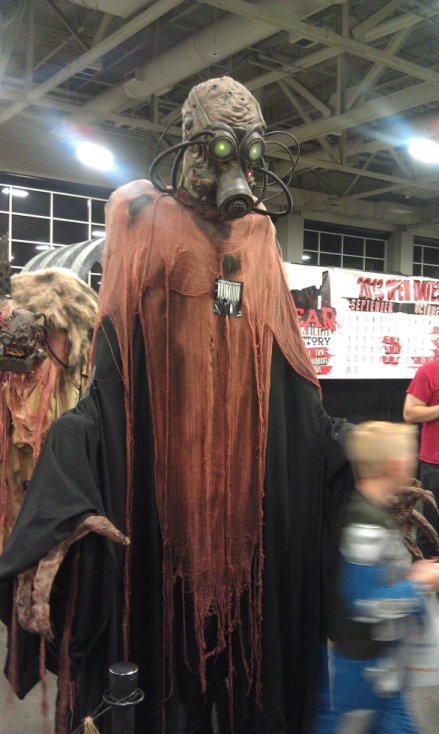 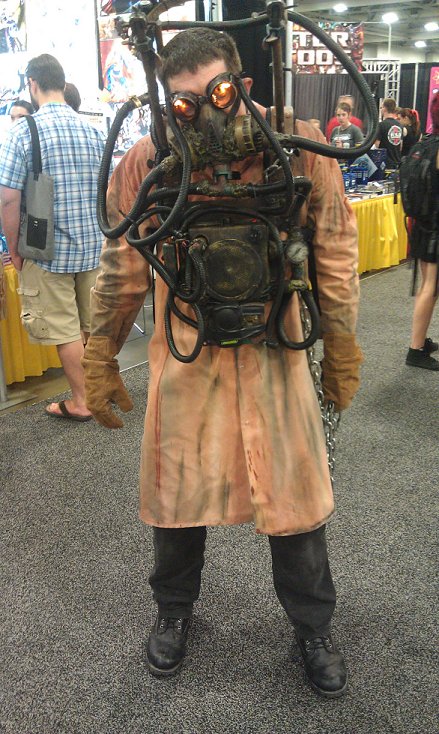 Fear Factory – these guys are sparing no expense 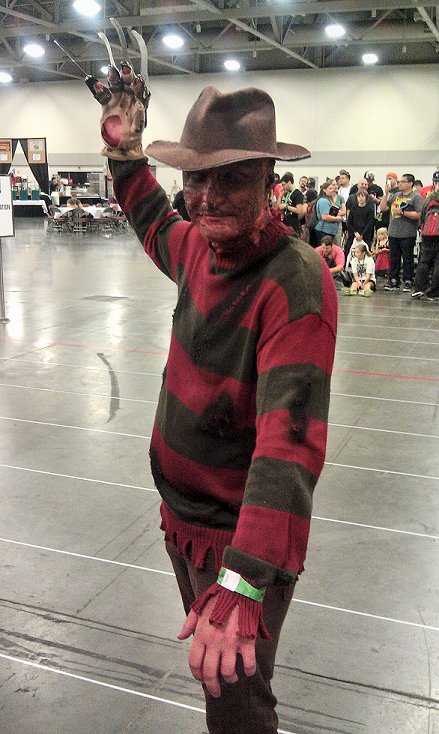 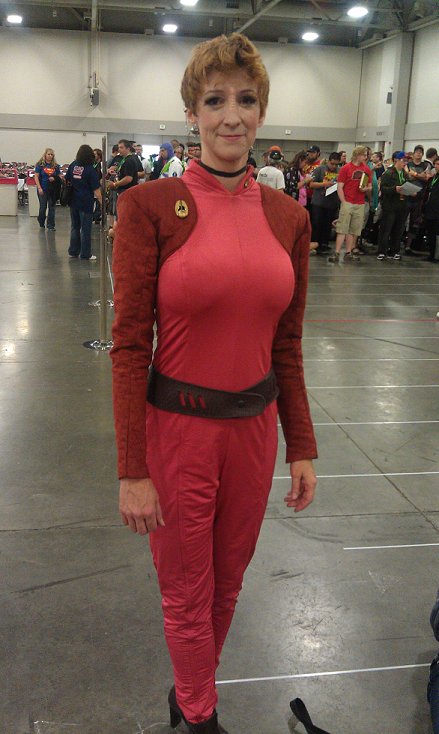 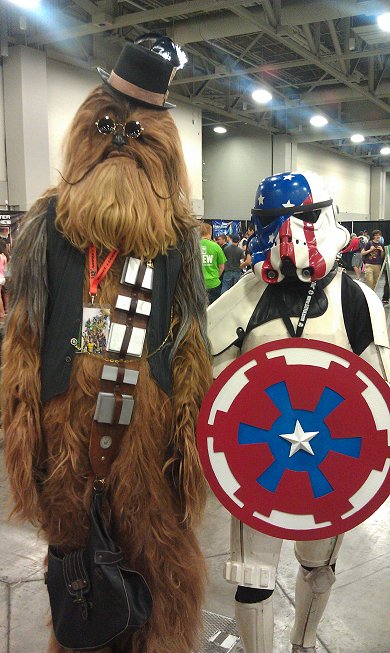 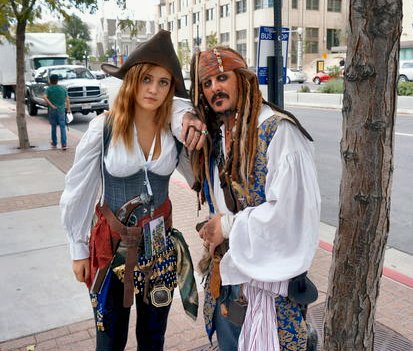 These guys, Jessica and Robert Burbidge, were on site but I wasn’t able to spot them. Photo from KSL.com. 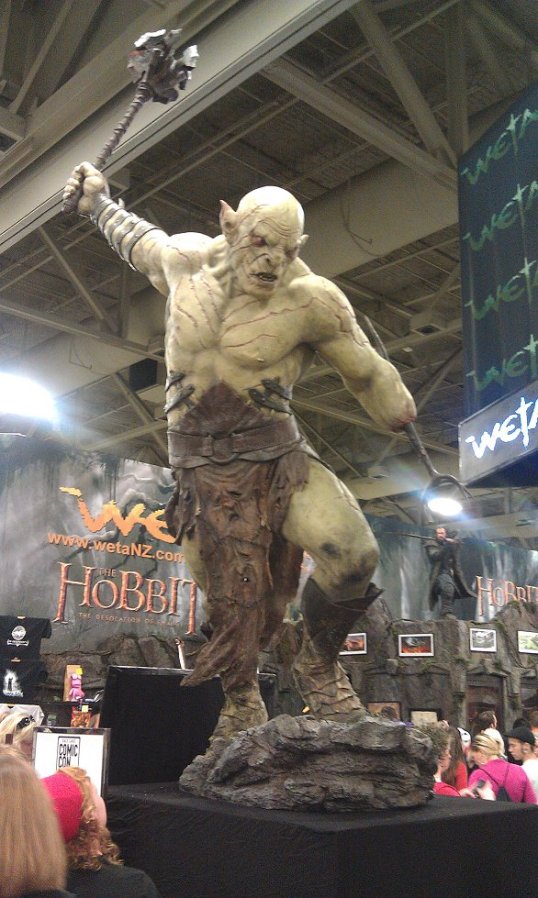 Azog the Defiler – Manu Bennett was on site, but I didn’t make it over to see him. “Balin” (Ken Stott) was signing autographs over at the Weta display (see Gollum, below) but I couldn’t get through the press of fans.) 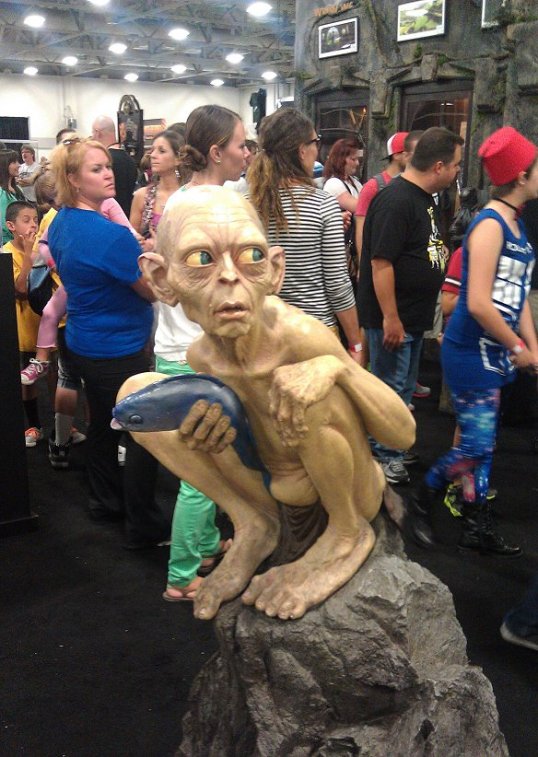 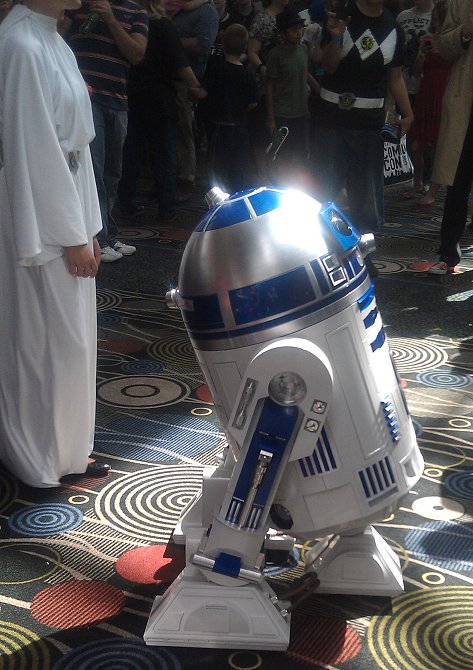 Amazing Remote Control R2D2, one of the most accurate I’ve ever seen (and heard). Leia looked great as well. 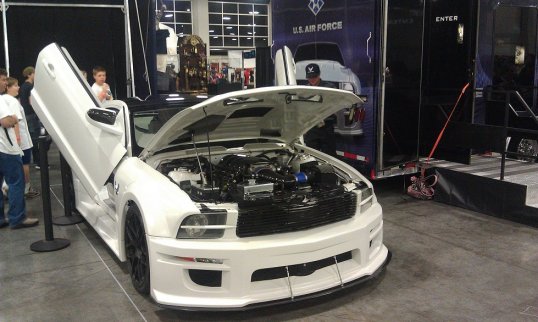 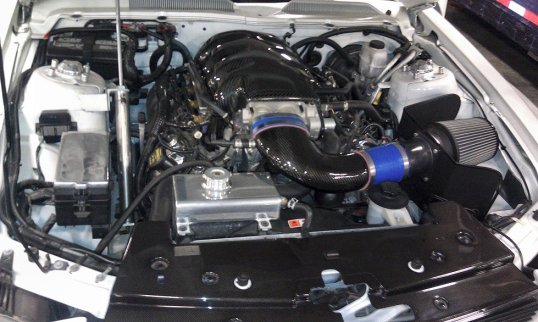 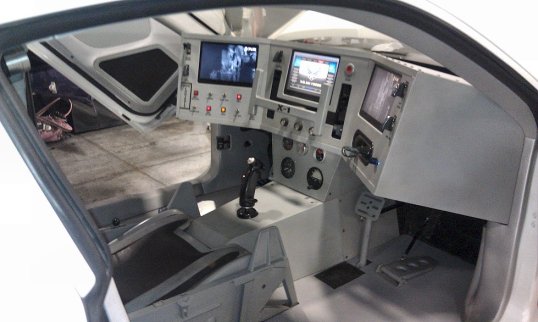 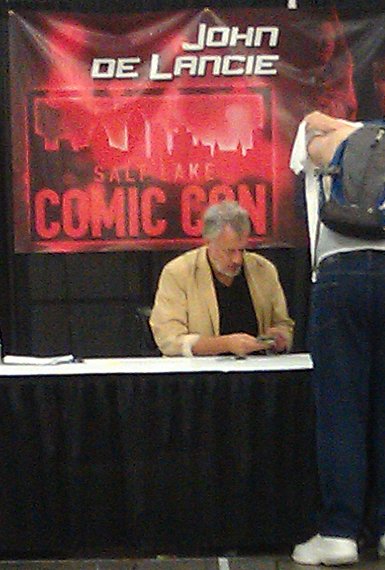 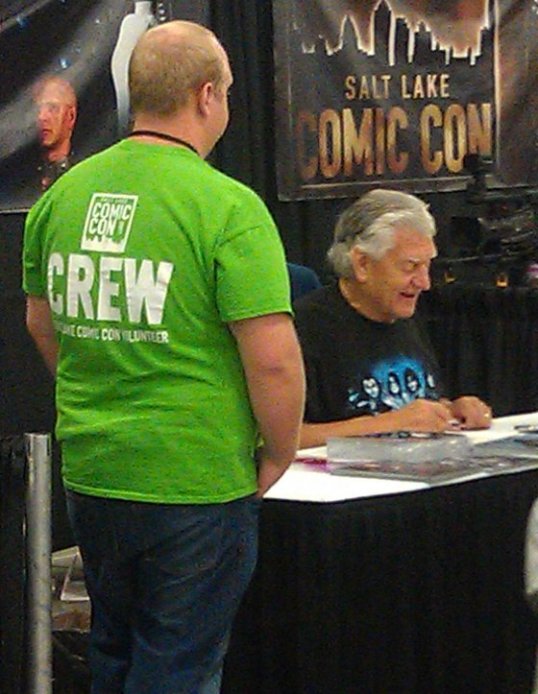 Also said hello to Peter Mayhew (Chewebacca) and Henry Winkler, who was very gracious to mingle with his fans (he got a hug from my wife, but no photos were permitted.) 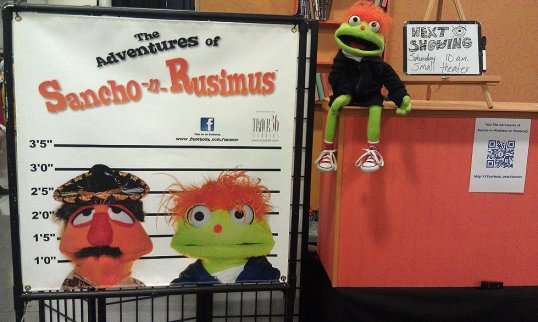 Puppetry was not forgotten

A huge display from the Salt Lake Lego Club 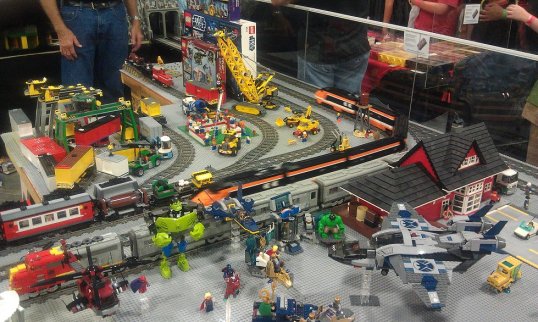 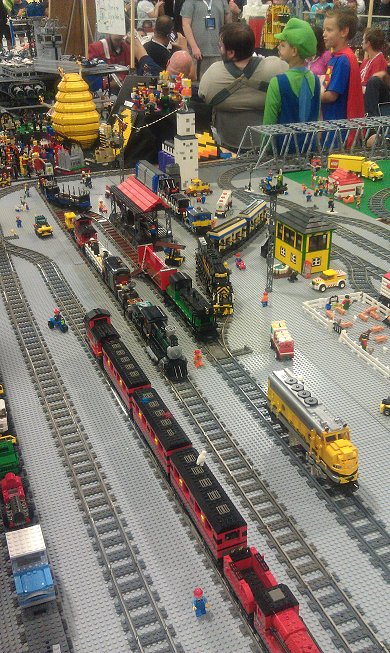 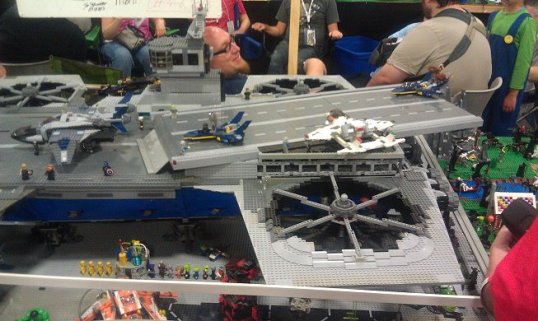 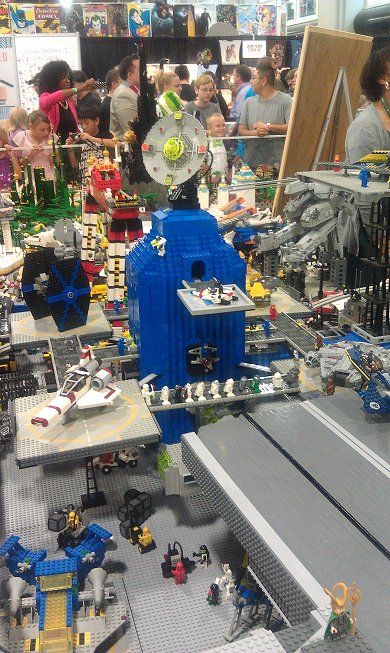 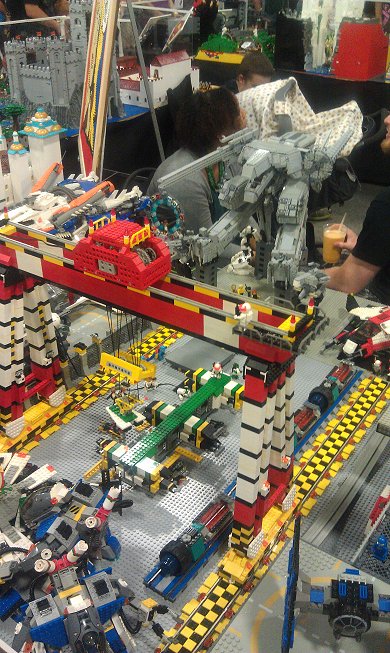 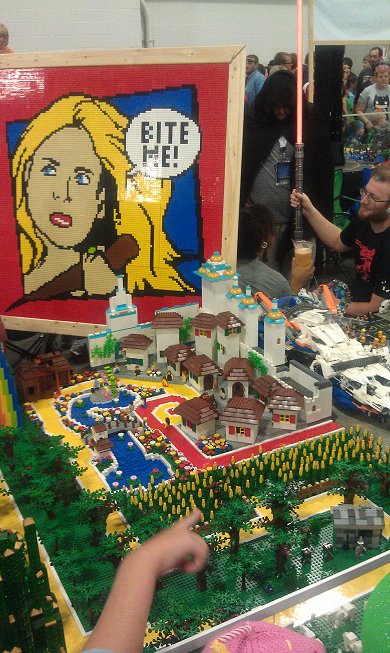 The Munchkin Village from the latest Oz film 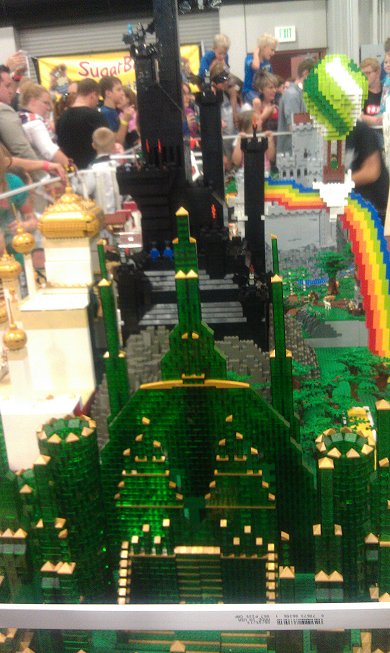 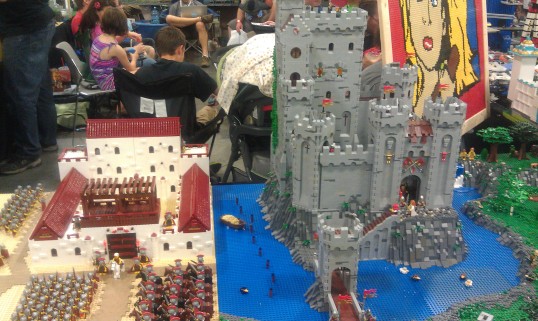 We only spent about 6 hours there, but it was awesome enough that I’d love to attend next year if it’s feasible. I was exhausted (didn’t sleep much the previous night because I’m still on a graveyard shift schedule) but came home thoroughly happy.