Found this in my mailbox the other day. It was from me, to me. Except for the fact that I hadn’t sent myself any spam recently.

At first I wondered if my email had been hacked, but I have a pretty strong password on that account (it’s AGHwqeiraas23894!!abaouUAWU, in case you were wondering) – it looks like Gmail picked it up as a spoofed sender, and no one else has contacted me with foul abuse, so I’m pretty sure that’s not what happened.

But I was curious as to who was sending out this garbage – rubber stamps? Well, not really. What I ended up with is this:

Make Money with Meghan. Sheesh. Another get-rich-quick scam… except the only people who are getting rich are a few top-level bottom feeders (how’s that for a metaphor?)

In order to make money from these scams, you have to be willing to do one thing:

In order to do this, you pay these drones for the privilege of setting you up with one or more websites, and open yourself to a neverending round of upselling, which will cost you far more than you’ll ever make.

There are a few red flags associated with all of these internet scams: 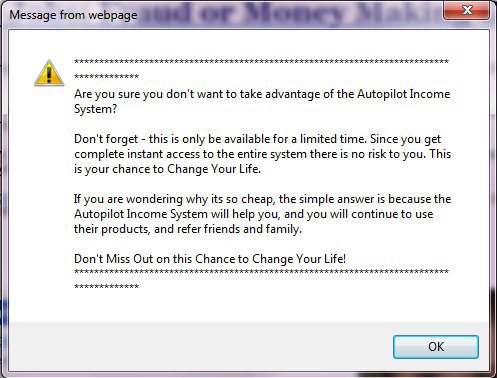 I mentioned the one above in an earlier post about work-from-home scams, , but the concept is the same. Some of these websites will offer you discount after discount just for saying “no, thanks” – and even if you take the bait for the low, low price of $9.00 instead of $49.50, or whatever their initial fee is, they’ve got their foot in your door and will likely make up anything they lost from your enrollment on upsells and additional worthless training.

All of these money-making schemes are full of sound and fury, and signify nothing. Yes, people are making money – the ones at the top who don’t give a rat’s south-40 about the thousands of people below them who will never see a dime of profit. Remember – these systems are selling nothing but the system itself! They add no value, create no lasting worth, and are designed only to give false hope to countless victims and enrich the ones at the top of the pyramid.

Do you really want to work with people who base their income on fraud and deception?  Be smart – stay away from such “opportunities.” There are a few legitimate companies out there, selling legitimate products, who offer their affiliates the chance to make money from a home-based business, but they are few and far between. 99% of the schemes being advertised on the net today are pure jiggery-pokery, and you would do well to avoid them like the plague.

3 responses to “A message from myself”