This is my 1000th post on this blog since I began writing 18 months ago. I wish I had a happier topic to write about, but today is day 3 of an inexcusable, unconscionable, and cruel shutdown of our “government.” Notice those scare quotes there… they were placed for a reason.

We do not have a government. What we have is this:

Babies crying about not getting their way. Throwing sand, pulling hair, crying, taking their ball and going home… babies who are charged with the stewardship of trillions of dollars, not a single one of which belongs to them. They are fighting amongst themselves for only one reason – to shore up their support for the next election. And in the meantime, thousands of workers have been furloughed, parks are closed, visitors are being turned away, revenue is being lost, women and children in desperate need are unable to get supplemental food, critical space projects[1] are coming close to missing deadlines imposed not by some mid-level government functionary but by physicsbitches, our debt rating with the world is being flushed down the toilet, along with seven jillionteen other detrimental consequences, and still they sit there, crying, beating their breasts about dogma and ideology, and not giving a rat’s south-40 that almost all of America, regardless of political persuasion, is saying, 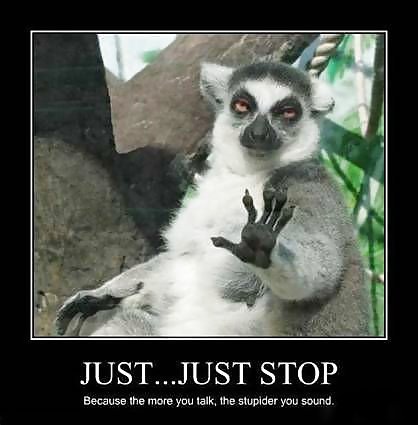 As a body, you are not governing. You’re not doing the job you were elected to do.  Although a few of you see the folly and are doing your best to make things happen, but the numbers just aren’t there in the face of all the partisan, ideological obstructionism that pervades both houses of Congress and the presidency, and we, the people, are sick to death of it. As for me, I want to slap every one of you until you come to your senses.

We need jobs. We need education. We need healthcare for every citizen of this country, regardless of their ability to pay. We need to work on reducing poverty, crime, alienation, disenfranchisement, and a host of other social ills – and you arrogant, selfish, short-sighted, privileged buffoons sit there and allow the mechanism that our founding fathers put in place to address those problems to shut down. 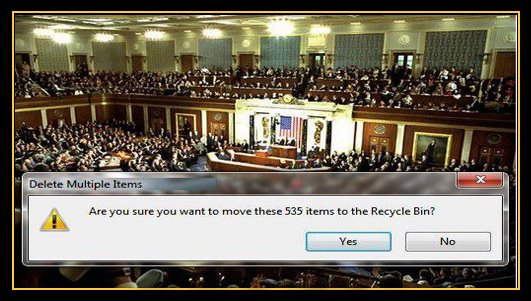 This is where I’m at. I’m disgusted with all of you. I would like to see a total sweep. But in very truth, things are reaching a tipping point.

You, the “leaders” of our country who are leading us nowhere but into deprivation and destruction, are fast approaching a time when voting you out of office will not be enough; rather, you are courting insurrection among the people whom you are charged to govern, and if it comes to that, it will be upon your own heads. America is champing at the bit for a chance to clean the inward vessel.

Take heed. Get off your privileged butts and get the government back to work. Hundreds of millions of people, of whom 15% live in poverty and a much vaster percentage can feel economic terror snapping at their heels on a daily basis, depend on you to do your jobs. Now stop throwing sand, and do them.

The Old Wolf has spoken.[2]

[1] The next time you wonder about what good comes from space exploration and research, have a look at your GPS-enabled phone.
[2] And I’m quite pleased that I was able to express my feelings without sinking to the level of vulgar profanity that I feel is warranted by this debacle.

2 responses to “Post 1000: An Open Letter to Congress and the White House”