Previously I wrote about Le Robinson, a resort in Patterson, NY just north of New York City. It was owned by my father’s first wife, Miriam, and her second husband, André Lavielle.

Recently I’ve been scanning a collection of slides and negatives that I inherited from my father, and encountered some shots of the resort taken from the air. My dad was an amateur pilot, among other things, and these are some pictures he took on one of his flights. They make an interesting addition to the history of the locale.

Le Robinson, showing the main house that burned, as well as the cottages. Visible are the tennis court and the bocce court to its right. 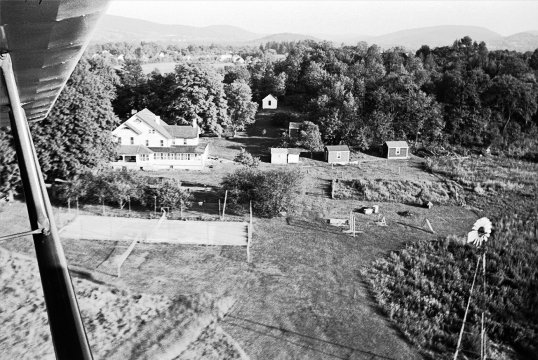 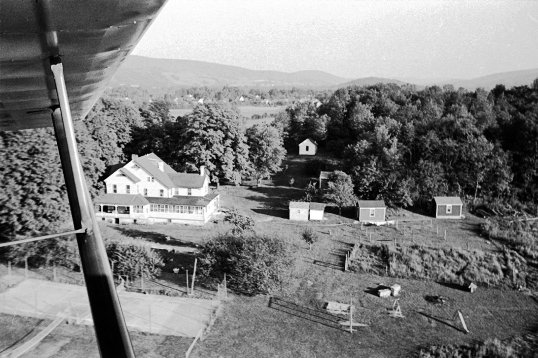 The beginning of the pond can be seen at right. 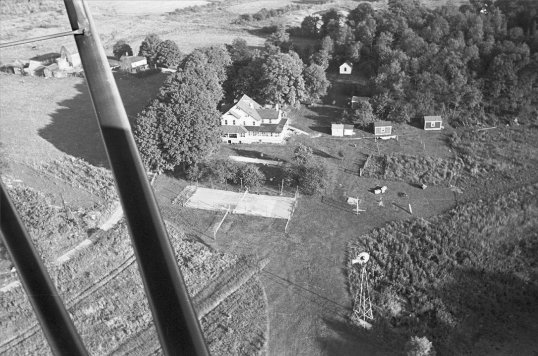 It’s too bad the career of Le Robinson was cut short by the fire, but time was moving on and the popularity of these resorts was waning. I’m just glad the land was preserved and serves a useful community function. 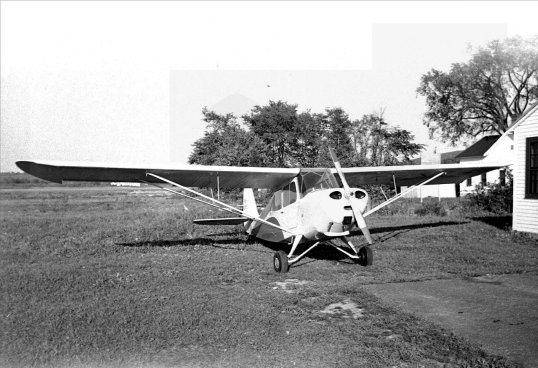 For your gratuitous enjoyment, here’s a shot of the plane that these pictures were taken from. According to Miriam’s son David, Joe had rented this plane at Danbury airport to fly around the farm. He was almost shot down by the previous owner of Le Robinson, who had been fined $1,000 (a princely sum in that day) for jacklighting deer using lights and salt. Apparently he thought my dad was the game warden and was going to shoot him down for revenge.

4 responses to “Le Robinson Resort from the air.”