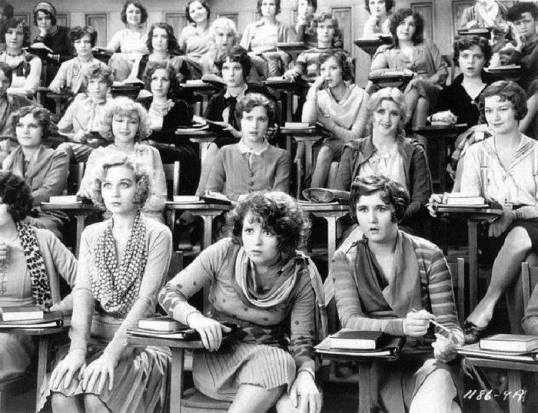 Well, not really. This showed up on my Facebook feed, but it’s really a still shot from the 1929 film “The Wild Party,” starring Clara Bow in her first “talkie.”

But it sure looks funny if you re-frame it, and imagine the picture in that context.

Ironically, the girl in the second row on the right, the one with the sweet smile that says “been there, done that, bought the Woot! shirt” looks an awful lot like my mother did as a young girl:

But mom was born in 1916, and would have only been 13 that year… these young ladies look a lot older and more sophisticated, but to my eyes the resemblance is striking.