Cross posted from Livejournal. Just a bit of silliness that always makes me laugh when I see it.

I have enjoyed my visits to Australia and England. I’d love to go back, and there’s much more in the UK and “former colonies” to explore if life ever presents the opportunity again.

Yesterday on February 27th, the New Yorker published a piece about the ordeal of Mem Fox, a well-known Australian author of children’s books, who was coming to the US to be a keynote speaker at a conference in Wisconsin.

“When asked for comment about Fox’s account, Jaime Ruiz, a spokesperson for U.S. Customs and Border Protection at LAX, said,

Well, Jaime, guess what – that’s how you *do* treat passengers. It happened. It was real. Any sort of statement or apology should include an assurance that steps will be taken to change things. Because it was not just Ms. Fox that was treated that way – it was an entire roomful of other human beings, many who did not even speak English and who don’t have the social status to get on the public radar.

The Greeks have a saying: “Η γλώσσα κόκαλα δεν έχει και κόκαλα τσακίζει” (The tongue has no bones, but it breaks bones.) Your dismissive statement will not heal the deep cuts to the spirit of this gentle lady, and all the other gentle ladies and gentlemen whom your agents treat with all the delicacy of a fourth-grade bully with his posse behind the school.

After returning to her home in Adelaide, Fox filed a complaint with the U.S. Embassy in Canberra and received a “charming” email in response. “I took it as an apology from all of America,” she says.

While I’m glad the embassy responded positively, and that the apology was well received, I have no doubt that the memory of the experience will never truly fade. One kind diplomatic functionary is good, but to eliminate this kind of abomination change must start at the top – because attitude rolls downhill. And from what I’ve seen, it’s the attitude at the top that is enabling this kind of jingoistic, xenophobic vileness.

Ms. Fox, I’m deeply ashamed by the actions of my government, and very sorry this happened to you.

I happened across this picture on reddit today and wondered about the backstory: 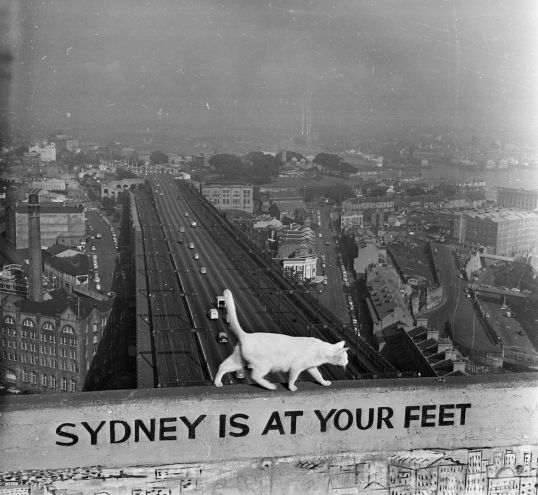 The post intimated that this cat was named George. A little digging intimates that it’s not impossible, but that there were several cats who lived on or around the bridge, some of which never came down. I find that a bit hard to believe, but you can judge for yourself. 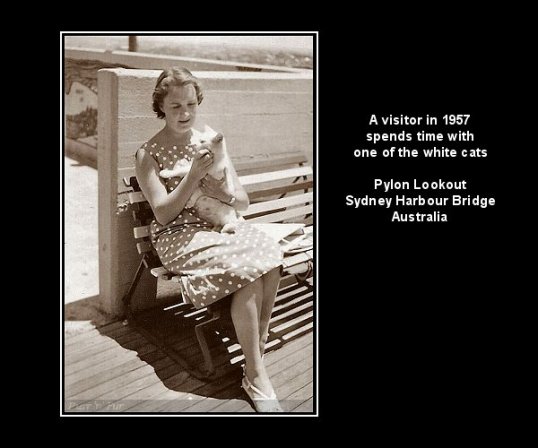 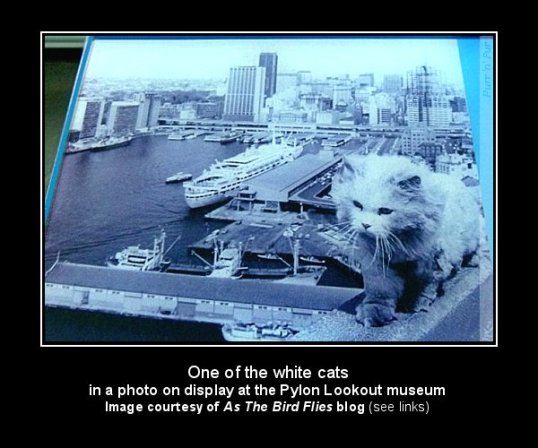 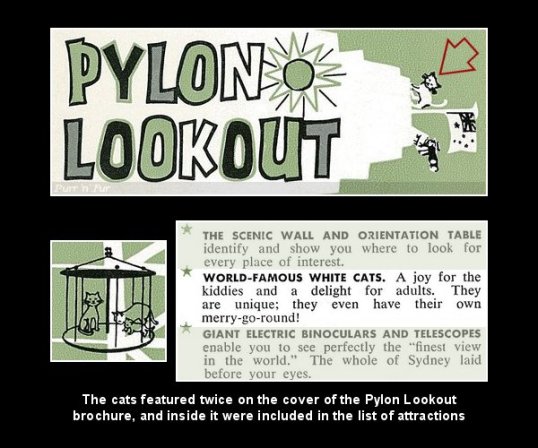 These images were found at Purr-n-Fur – there’s an article there with more information on the cats. 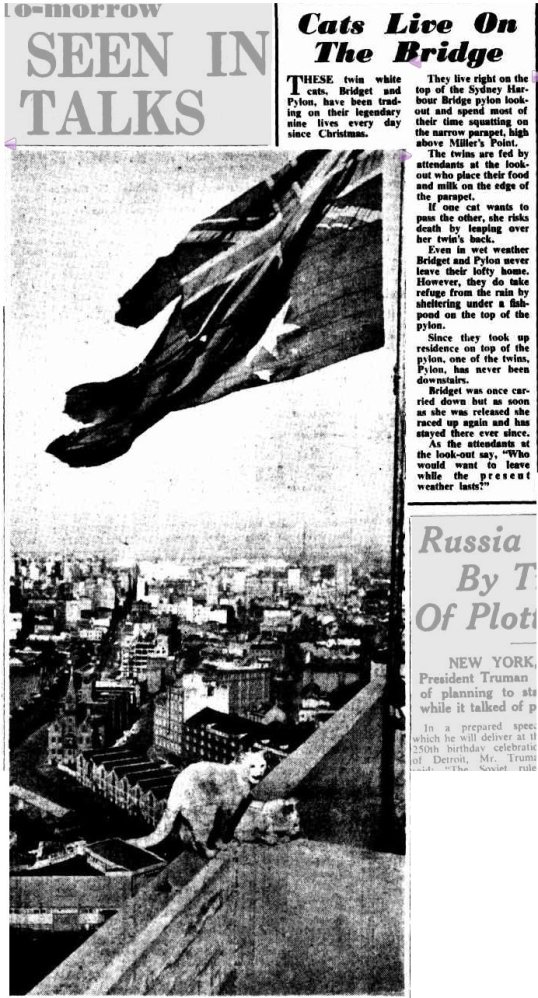 Related: Below, an image of the bridge under construction in 1930

A post over on Facebook by a friend of mine in New South Wales reminded me that I wanted to spotlight this experience. I mentioned it in a Livejournal entry a few years back, but it deserves some exposure of its own. All photos are mine and ©2010-2012 Old Wolf Enterprises unless otherwise noted.

Home of the Anglo-Australian Telescope, among others, this observatory is a delight to visit in and of itself.

Panorama of the Warrumbungle Mountains from the Observatory 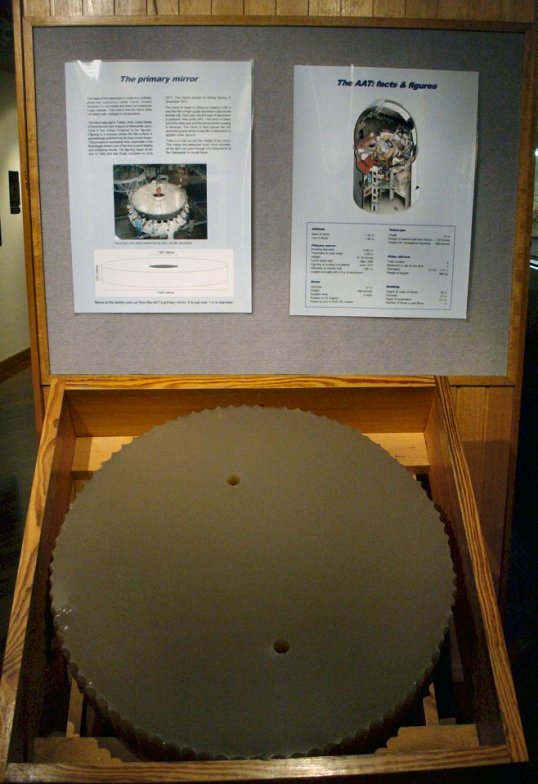 In addition, in an effort to boost tourism, the observatory created the world’s largest solar system drive. There are five beginning points,

All the drives end at the Siding Spring observatory; since I was at the observatory already and I have a friend in Dubbo whom I wanted to visit, I began here and did the drive backwards.

Here is the itinerary: 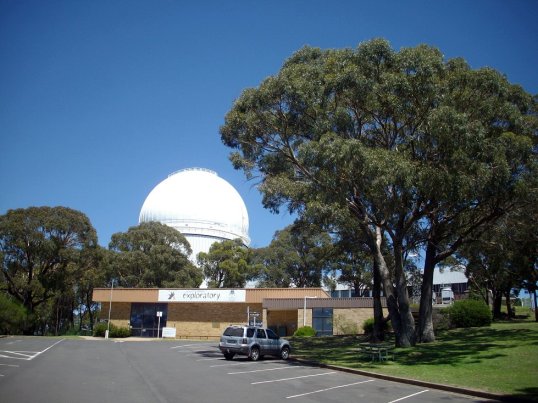 The observatory dome, representing the sun at 1:38,000,000 scale. All other placards on the drive are accurate (in relative terms) with regard to distance and size. For reference, traveling in your car at 100km/hr along the Solar System Drive, you’d be “virtually” hurtling through space at a million kilometers per second – more than three times faster than the speed of light. 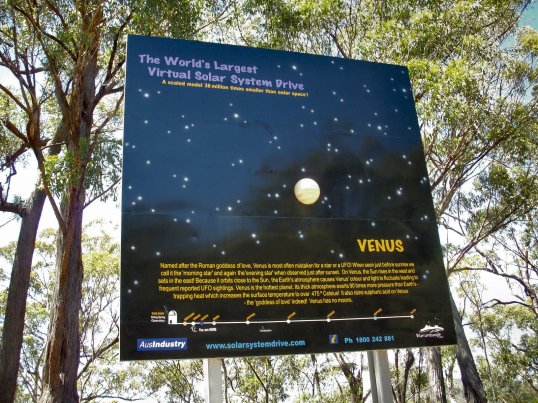 I missed Mars, this was taken by another traveler. 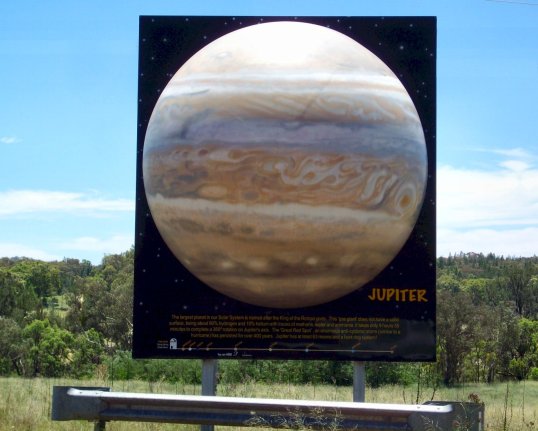 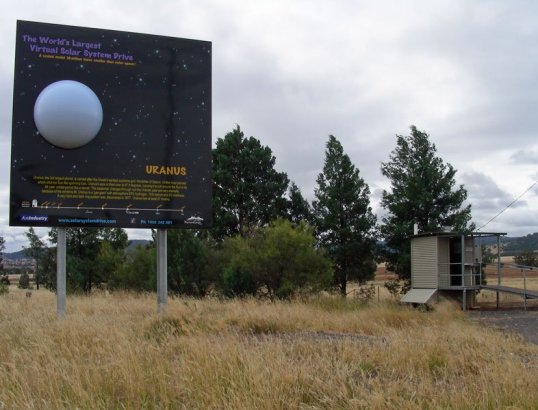 Missed Uranus and Neptune;  this image, along with the one below, was found at A Snail’s Eye View.

The drive ended at the Dubbo Visitor’s Center, at which a representation of Pluto is located. Please notice: Pluto.

It is a scientific fact that Pluto and its moon Charon were most likely Kuiper Belt objects captured by the sun, and probably did not coalesce out of the original accretion disk. But as far as I’m concerned,

This drive was one of the most enjoyable experiences I’ve had. I’d love to go back and do the other routes, just to see the scenery.

Australia for the win!

The Old Wolf has Spoken.

Hike to Grand High Tops in the Warrumbungle National Park (New South Wales, Australia) and you will be treated to countless breathtaking views, not the least of which is this shot of the Bread Knife, a thin slice of rock jutting out of the volcanic soil. It was a rigorous hike, but the sights were spectacular, and I started early enough in the morning that the flies were only horribly annoying instead of hellishly demonic. Now I understand what those hats are for.

I had spent the previous night parked in the middle of the reserve, lying on my back and observing the stars overhead. The mountains around the crater are home, for good reason, home to the Siding Spring Observatory and the Anglo-Australian telescope; lack of surrounding light pollution made this one of the most stunning stargazing experiences I have ever had. Even my cheap little camera was able to detect the various colors of the stars in the Southern Cross – Gamma and Epsilon Crucis are red and orange giants, respectively, while Alpha, Beta and Delta are blue or blue-white. I also had spectacular views of the Magellanic clouds, too faint to be captured, alas, but plainly visible to the naked eye. What a rush!

Enhanced time-exposure of the Southern Cross, with Beta Crucis in the lower-left corner.

As the sky lightened, I drove down to the park entrance, and was treated to some spectacular sunrise shots along the way: 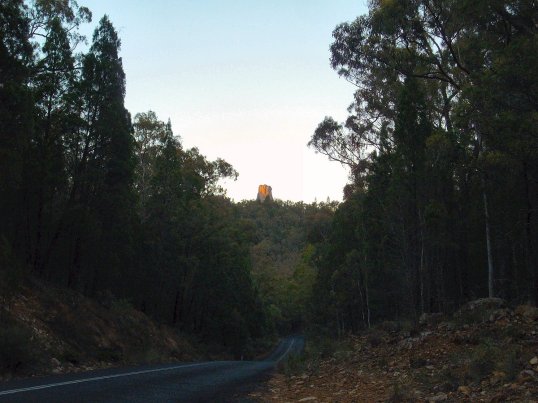 The views along the way were just as impressive as those from the top: 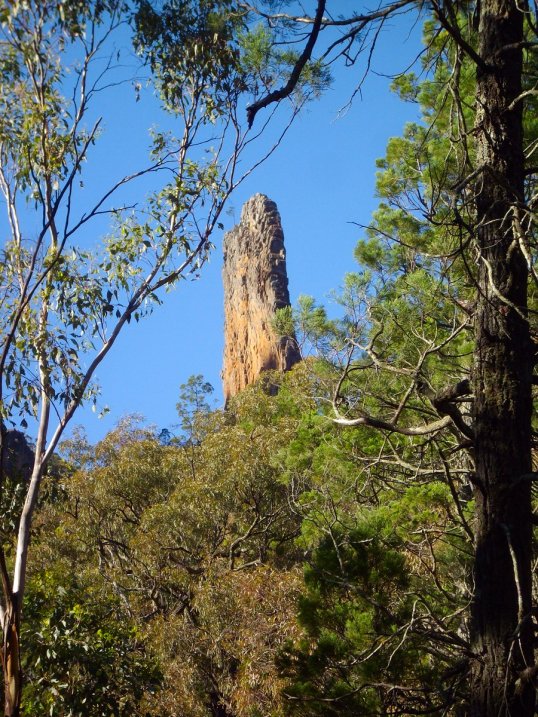 The Bread Knife from below 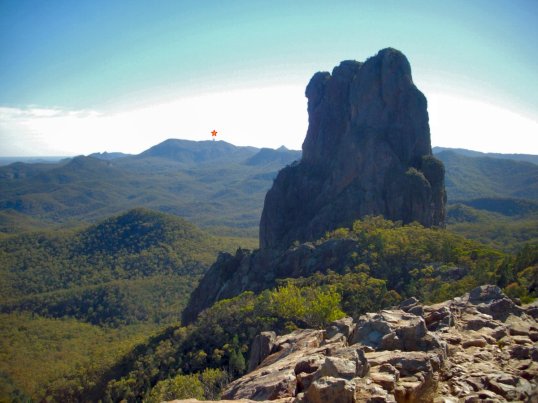 Would love to come back here and spend more time exploring, but I’m so grateful for the chance to have seen this wonder with my own eyes.