Caveat: Secular Humanists may want to skip this post.

A strip from Schlock Mercenary brought me up short. One doesn’t usually hear people extol the virtues of dictatorship in public, at least not if they’re worried about their political future.

While the country could use people in office with the acumen and common sense that Howard Tayler displays, tragically he seems occupied with being a cartoonist and is thus subject to the scorn of nations on a regular basis. One more batch of scathing, vitriolic emails from disgruntled readers shouldn’t make much difference.

Fortunately, to balance the equation, there are those whose understanding surpasses that of the unwashed masses:

But back to my thesis: It would be good to live under a just, enlightened and moral ruler who afforded his subjects their agency. This sounds only like a contradiction in terms because there have been so few examples of this kind of leadership in human history.

Monday’s strip immediately put me in mind of the words of an ancient American prophet-king named Mosiah:

“Therefore, if it were possible that you could have just men to be your kings, who would establish the laws of God, and judge this people according to his commandments, yea, if ye could have men for your kings who would do even as my father Benjamin did for this people—I say unto you, if this could always be the case then it would be expedient that ye should always have kings to rule over you.” (Book of Mormon, Mosiah 29:13)

In the secular environment, this model fails on all levels, because the concepts of justice and morality are relative, and impossible to pin down with any certainty. In the regular (i.e. the opposite of secular) environment, the most obvious parallel is the millennial rule of Christ as Theocrat/King. Outside of that, a just and moral dictator would have to be following an absolute standard of justice and morality, based on absolute fairness – which could only happen if the ruler were in regular contact with Divinity, hence, a prophet as well as a king. No ordinary mortal could pull it off.

From “Fiddler on the Roof”:

What’s wrong with being rich? It’s no reason to marry.
Money’s the world’s curse. May the Lord smite me with it, and may I never recover!

I’m with that. May God smite the nations of the world with such rulers.

If  you’re not familiar with the infamous attempt at restoration of a 19th-century fresco by Spanish artist Elias Garcia Martinez, done by an elderly woman at the the church of Santuario de Misericordia in Borja, Spain, then you are either living under a rock or – perhaps – concerning yourself with more important things than obscure news. 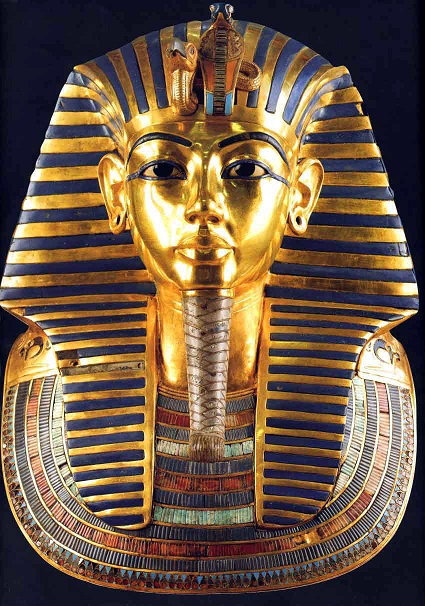 If you’re in charge of cleaning this famous relic, “What do you do if someone accidentally damages one of the world’s most famous artifacts under your charge at the Egyptian Museum? Do you a) report it to the nation’s antiquities ministry to ensure it’s properly repaired by specialists, or b) frantically call your husband so he can sloppily glue the broken piece back into place?” (from the Newser article).

Apparently the latter, based on the picture above, is exactly what happened. Newser continues:

“The AP notes it reached three of the Cairo museum’s conservators by phone, and they’re all giving different stories: They don’t seem to agree on when the Epoxy Incident happened, and one says the beard was loose and purposely removed. What they do agree on—and all sources spoke on condition of anonymity for fear of reprisal—is that someone on high ordered a quick fix, and that the adhesive used was more damaging than helpful. “Unfortunately, he used a very irreversible material,” one of the conservators said. “Epoxy has a very high property for attaching and is used on metal or stone, but … it wasn’t suitable for an outstanding object like Tutankhamun’s golden mask.”

For now, the lights at the display are being kept low. I can only hope that the internal politics can be overcome sufficiently to get the artifact properly repaired, which apparently now will be a massive undertaking. Sounds to me like some official in the chain needs to be mummified himself.