Found at the Facebook page of The Old Map Gallery in Denver, Colorado.

An inspiring work from a daughter of a calligrapher for the United States Treasury Department. Louise E. Jefferson is a fascinating figure that was a key part of the Harlem Artist Guild, author and mapmaker. Here her map for the many peoples that made the nation in the 1940’s

Our nation was built on the back of so many people, I find it surprising that a very small group of people are claiming this country as “theirs” and doing all they can to keep others out. This map is intriguing and historically revealing.

Discovered this lovely website through Glaserei and had to share it. So many wonderful, awful postcards… a glimpse into America’s cultural past. 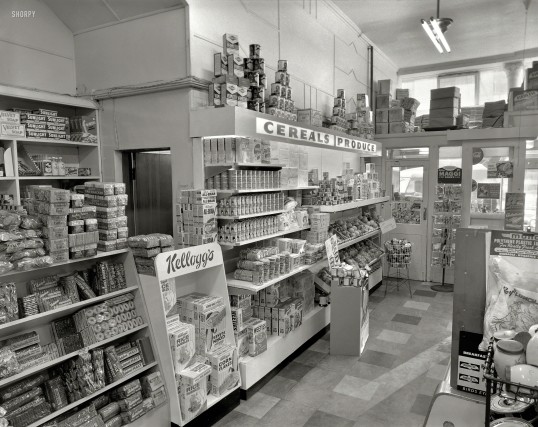 If you were a Kiwi in 1958, you didn’t know about Rice Krispies unless you were familiar with American produce. You got Rice Bubbles. And Breakfast of Champions? Well, that was Weeties.

One of my favorite parts of traveling to a different country – especially one where they speak English, and things are not muddled by a language barrier – is shopping, and seeing the differences in products offered. It’s like being in Europe without having to carry your phrasebook. I remember being in Ireland with the family and staying for a week at Abbeyville Cottage in Cill Mocheallog, Co Ciarraí [1] – we went shopping for provender and brought home all sorts of wonderful new products that we had never tried, such as Weetabix™, for which I developed an undying love, or Aero™ bars, which despite being heavy on air and light on chocolate were a delight… just because they’re so different. Same thing with TimTams™ from Australia, or Scott’s Porage Oats from the UK or… well, the list goes on forever. Everything you’re familiar with at home has a different name, a slightly different flavor, and it’s wonderful.

If I were Wowbagger the Infinitely Prolonged, I’d take a few lifetimes off from insulting people to spend a few decades in every country and culture of the world (a few centuries for Japan, just because.) There’s nothing I enjoy more than getting to know another people, getting inside their heads and learning about their languages, foods, ways, and customs; there’s just not the time to do that as a tourist, and just not the experience to do it as a student.

Being a citizen of the world at heart is tough, especially when resources are tight – but I do all I can from my armchair; let me tell you about Azalea Adair.

She was a product of the old South, gently nurtured in the sheltered life. Her learning was not broad, but was deep and of splendid originality in its somewhat narrow scope. She had been educated at home, and her knowledge of the world was derived from inference and by inspiration. Of such is the precious, small group of essayists made. Whle she talked to me I kept brushing my fingers, trying, unconsciously, to rid them guiltily of the absent dust from the half-calf backs of Lamb, Chaucer, Hazlitt, Marcus Aurelius, Montaigne and Hood. She was exquisite, she was a valuable discovery. Nearly everybody nowadays knows too much–oh, so much too much–of real life…

“On the surface,” said Azalea Adair. “I have traveled many times around the world in a golden airship wafted on two wings – print and dreams. I have seen (on one of my imaginary tours) the Sultan of Turkey bowstring with his own hands one of his wives who had uncovered her face in public. I have seen a man in Nashville tear up his theatre tickets because his wife was going out with her face covered – with rice powder. In San Francisco’s Chinatown I saw the slave girl Sing Yee dipped slowly, inch by inch, in boiling almond oil to make her swear she would never see her American lover again. She gave in when the boiling oil had reached three inches above her knee.[2]

This is beauty; this is language to chew on; this is imagination. This is what people did when travel was prohibitively expensive and  television had not been invented and the most exciting form of entertainment was to pull out the stereopticon and marvel over the strange ways and beauties of other lands and other cultures.

Nowadays, for the most part, we lack the kind of language that was common in O. Henry’s day – but in exchange we have the Internet, and that is just about the next best thing to being there in person. 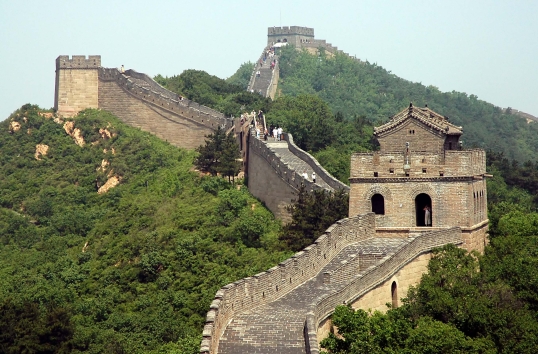 The Great Wall of China

[1] With many thanks to Mary Slattery for her hospitality!
[2] From “A Municipal Report” by O. Henry.