(Click image for full-size version. Just look at those prices…)

A wonderful memory of early Los Angeles – before my time, certainly, but along the same lines as some other unusual LA restaurants that I do remember.

I’ve mentioned Hoot Hoot I Scream before; another great collection of ephemera from Los Angeles can be found at Shelter From the Storm, including the coffee pot restaurant seen below. 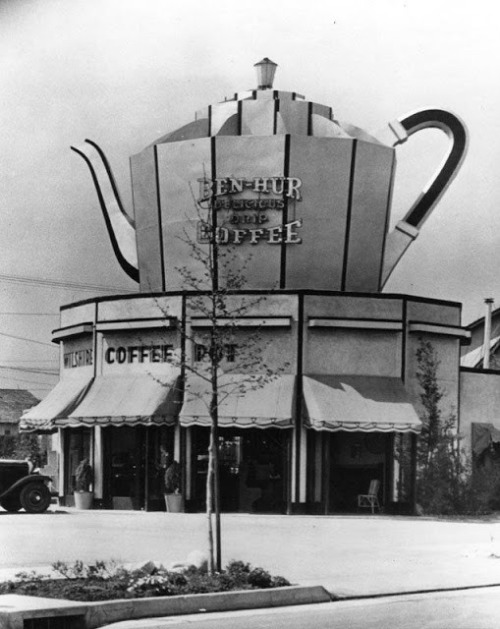 Most of these unusual eateries are gone, replaced by restaurants whose gimmick is found inside rather than outside. As for me, I miss places like this. I still grin when I drive along the freeway on a road trip and see a huge Sapp Bros. water tank decked out to look like a coffee pot.

This will be a short post, with a good video to watch.

I’ve written before about why tipping is not optional. The video below addresses that, but provides a good overview of why the example provided by Bar Marco – banning tipping and paying their servers a living wage – is a good idea, and should be the wave of the future. Mind you, Bar Marco is not the first – Sushi Yasuda started the practice in 2013. It is my hope that the entire industry is ultimately going to follow suit.

I love eating out, and if prices go up a bit to make this happen, as far as I’m concerned, it’s well worth it.

The video is below. It’s from College Humor, so there’s a bit of language in it – but I recommend this short film to anyone who enjoys dining out. 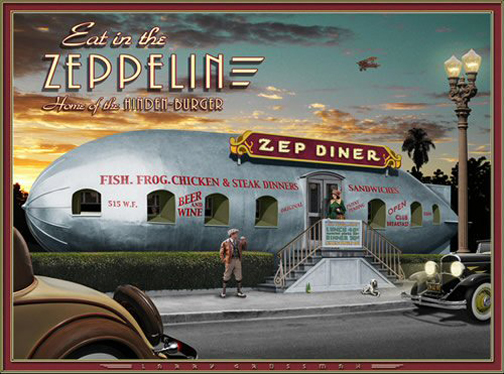 The Zep Diner was located at 515 W. Florence Avenue in Los Angeles near Figueroa. The Zep was open “all night” and was the “Home of the Hinden Burger”. 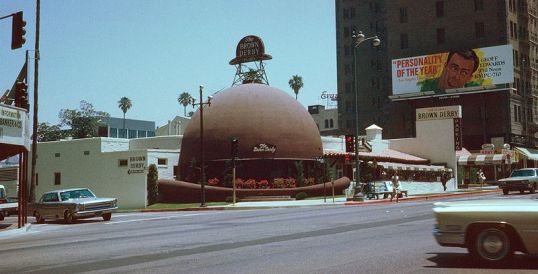 Operated from 1928 to 1980, originally conceived as an eye-catcher. More at Wikipedia.

The Theme Building is synonymous with Los Angeles, and particularly LAX. It was opened in 1961, and after multiple renovations, one by Walt Disney Imagineering, continues to operate today.

In 1949, Sidney Hoedemaker founded Hody’s Restaurant Inc.  (Hody – as in Hoedemaker). Hoedemaker’s restaurants were all about service, efficiency, cheerfulness and courtesy. One was always greeted with a smile. The Hody’s at 3553 La Brea (at Rodeo) featured expanded service, circular drive-in and a sign pylon rising from the roof was designed by Wayne McCallister. 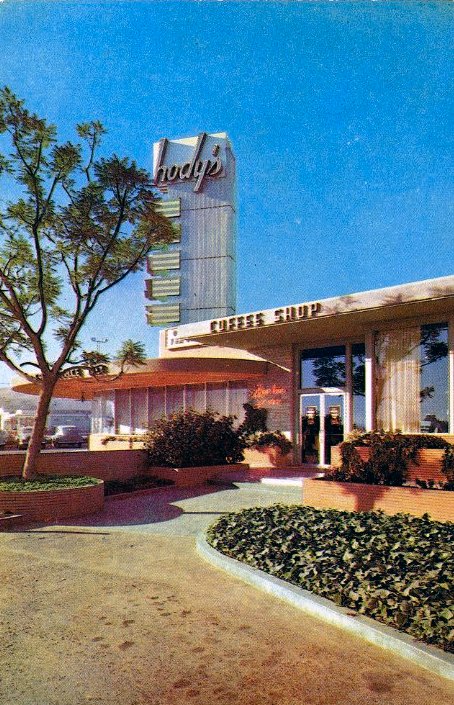 This restaurant was not so odd, but I include it because it’s where my father met his third and final wife, to whom he was married for 20 years. She was a car-hop in the drive-in section; I remember eating there a number of times and it was fun to have the girls come around on roller skates with our orders.