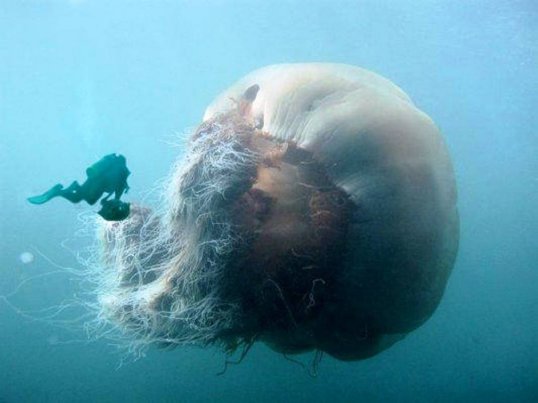 Amazing, isn’t it? Takes your breath away. Despite having been posted over 600,000 times all over the internet, it’s not real. 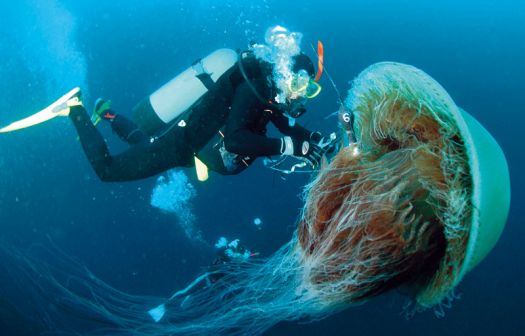 The photo above gives you a better idea of just how big these jellies can be. They are quite large, but not as large as the one in the picture above.

An article at Forbes give’s a journalist’s analysis of why the first image is a fake, based on the kind of internet research that a journalist would do. Not bad sleuthing – the author, Anthony Wing Kosner, describes how his research led him to this article at io9, and he gives some other supporting data as well, such as a debate over at Snopes.com which began in 2007. However, one paragraph of his article disturbed me. He said,

“I agree with all of McClain’s arguments except the one about the Photoshop “halo.” The image of the diver does indeed seem to be in a different light than the surrounding image, but it is hard for anyone but a forensic image analyst to tell the difference between the artifact-ing that happens naturally through jpeg compression around contrasting edges in an image, and an actual “halo” of extra edge-pixels on a pasted-in element.”

Well, that’s a load of high-grade steer manure. Anyone who has worked with images can spot a blatant photoshop manipulation fairly easily. Enlarge the diver next to the “super giant” and sharpen the image a few times, and that “halo” becomes much more obvious. 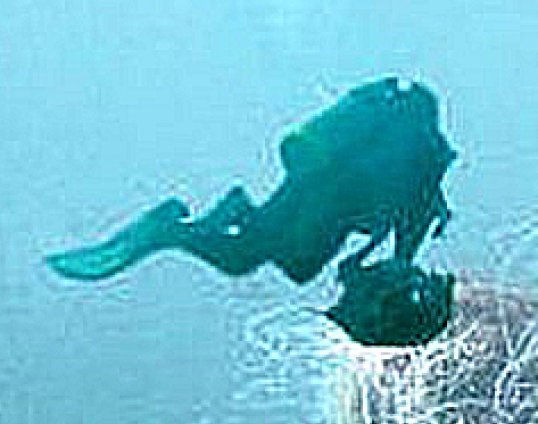 Compare this with an enlarged and sharpened version of the real photo: 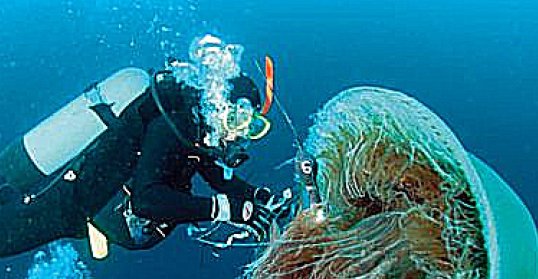 If you look around the jelly you can see some evidence of jpeg compression and luminosity variances, but nothing like the obvious manipulation around the diver in the first picture. It may be true that high-quality forgeries require photographic forensic tools to identify, but the one in question doesn’t fall into that category.

There are enough wonders in this universe to boggle our minds without resorting to creating them; unfortunately, in the age of Facebook and Pinterest and Twitter, a phony picture will circle the globe nine times before someone says, “Wait, what?”