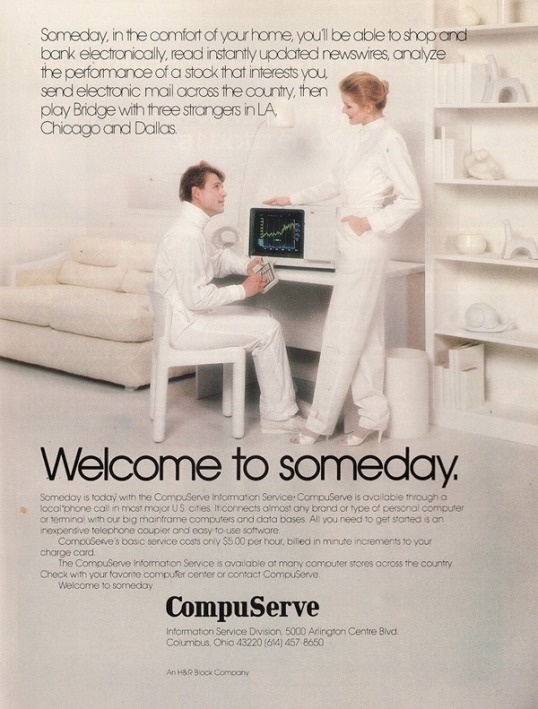 As I commented somewhere else, when I think of how hard it was to connect to the “Internet” as it was back then, using clunky equipment, acoustical 300 baud modems, and processors slower than my current watch, I am astonished at myself for thinking it was all pretty sweet.

Sitting in front of my Macintosh LC, watching NCSA Mosaic download a progressive jpeg file scan by scan, and still thinking that this was the neatest thing since sliced bread? I realize of course, that it took a while to bring processing speeds and data transfer rates up to where the process could be considered cost-effective:

This Dilbert strip was from May 7, 1997; check the strips from the previous two days as well, they’re pretty funny in retrospect.

Now, with a core i7 machine and a 50MB internet connection (Pretty sweet, huh? Well, just Google around to see what kind of speeds Korea gets on a regular basis. All things are relative, still) I finally feel as if I have the processing power and download speeds to take care of my basic needs. I don’t do high-overhead gaming or image rendering, so I can’t see really needing anything faster for daily use. [1] But it’s taken us 30 years to get here.

<rant> Of course, I’m composing this post on an HP Pavilion Entertainment laptop, one of the worst purchases I ever made back in 2008. This computer is the piece of hqiz from hell (it was nice to see similar things from Shamus over at Twenty Sided, I felt totally vindicated in my white-hot hatred for Hewlett-Packard); the only thing I can say on its behalf is that five years later, it’s still running and I’ve only had to replace the cheap-john battery twice. I know others who have had much less favorable experiences with this particular line, mainly dead computers. The AMD Turion 64 is probably one of the slowest processors they made back in that day, combined with a pre-installed version of Vista and enough bloatware to delight the most jaded software rep; by the sacred skull of Mogg’s grandfather, I’ve ridden tricycles that could go faster. The kindest thing I ever did for myself was to wipe the whole machine and install Win7 Pro, which virtually doubled the response time… and it’s still slow. I’d like to get the entire corporate chain that designed and approved this abomination and condemn them to a year of using their own garbage… with a dial-up connection.</rant>

But Moore’s Law is still in force. Despite the fact that my work-a-day machine is pretty satisfying to use, I can’t possibly imagine what my two granddaughters, now aged 9 and 6, will have seen by the time they get to be my age. I won’t be alive, and I already envy them.

[1] Well, I lied. If I were richer than Crœsus, I’d buy a professional system and a really nice video editing package, but that’s just a pipe dream for the present.

One response to “The Internet, Someday”