How you sneeze in public:

How you sneeze when you’re alone: 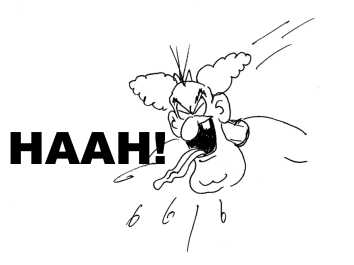 (With apologies to Don Martin)

A cherished colleague of mine who passed away far too soon after a battle with cancer had her office two doors down from mine on the 21st floor of our building. This dear lady had a sneeze that would rattle the windows on the ground floor, and every time I heard her let fly I’d email her a drawing of a mop and bucket, or Noah’s flood, something similar; one day I sent her the image above which I dashed off for her benefit. I’d know she had gotten it when I heard her laugh, which was almost as loud.

Some myths about sneezing:

Your heart stops when you sneeze.  When your chest contracts because of a sneeze, your blood flow is momentarily constricted as well. As a result, the rhythm of your heart may change, but it definitely doesn’t stop.

You can’t keep your eyes open when you sneeze. If you do, your eyeballs will pop out. Most people naturally close their eyes when they sneeze, but if they are able to keep them open, their eyes stay firmly planted in their heads where they belong. Your blood pressure may spike momentarily, but that’s about it.

If you sneeze X times in a row, you’ll have an orgasm. No idea who came up with this one – although sneezing releases endorphins and can feel good, there’s no relationship between sneezing and sex.

Some facts about sneezing:

The Greek word for sneeze is πνεῦμα (pneuma) which means “soul or spirit.” In ancient times, people believed that sneezing was a near-death experience; a blessing would keep your soul from escaping, and protect you from the devil who is just waiting to come in.

The sounds of sneezing around the world:

Mom was not expecting this… 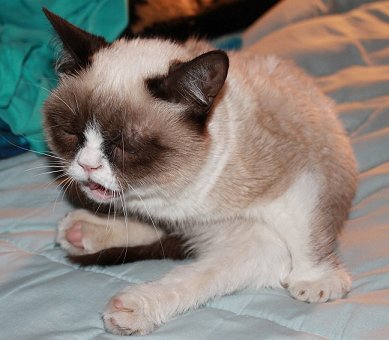 And some people absolutely know how to get maximum value out of a good sneeze photo:

Calvin and Hobbes by Bill Watterson

3 responses to “Bless you!”