This is an awesome photo. It’s beautiful because they were able to get so many of the class members together 50 years later, given that life expectancies were so much shorter back then.

But such things still happen:

This is the nursery school class at Hunter College Elementary School, taken at the end of the year when most of us had just turned 4 years old. I’m not going to tell you which one I am, but if you have spent any time at all reading this blog, it’s pretty obvious. Among this group are prominent urologists, television producers, attorneys, psychologists, and a whole host of others. Most of them, by nature of the New York demographic that this experimental school drew from, were Jewish;  the old joke about the mother who points to her three year old and her five year old, “This is the doctor and this is the lawyer” is probably more true than any of us would like to admit. When I say “us,” I mean the class in general – among the boys, I think I was one of two or three goyim in my entire class.

57 years later, the graduating class of 1962 got together again. The quality of this picture is hqiz, but trying to get a bunch of people of this caliber to hold still for a photo is like herding cats. 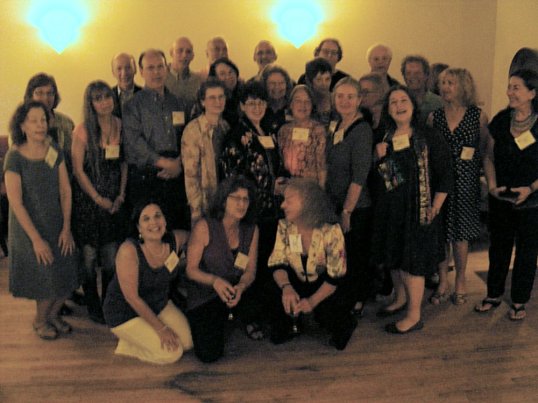 What astonished us is that even after so long, so many relationships endured the test of time, and conversations were resumed as though graduation had been yesterday. It was an amazing experience.