Note: The title of this post, a riff on the song title “Istanbul (Not Constantinople)” by Jimmy Kennedy and Nat Simon, is a simple reference to the fact that when these photos were taken, the city was still called Constantinople in the minds of many people, even though the Christian era officially ended in 1453. The blog is not intended to be a place for religious or political bickering; given the nature of the comments that are starting to appear, comments have now been closed.

Photography in Istanbul became popular in 1850. However, in 1843 the French photographer Joseph-Philibert Girault de Prangey was the first person to photograph the city. Remarkably, his photographs were only discovered in the 1920s in a storeroom of his estate and then only became known eighty years later. Some of his work is seen below.

A panoramic view of Constantinople. One of the first pictures ever captured of the city. 1844.

A larger section of the above photo. 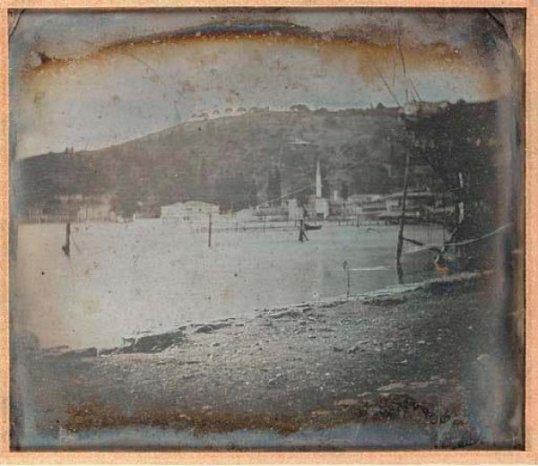 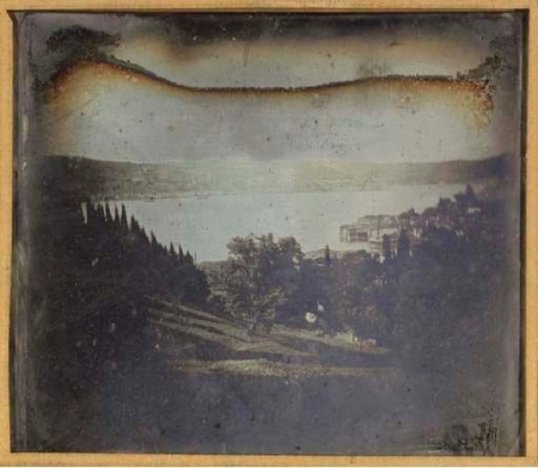 İstanbul is one of the most captivating cities in the world. I’ve spent many hours wandering its streets and bazaars and mosques and monuments; I’d love to be able to go back and spend a lot more time exploring it. Oh, the food, and the spices, and the lokum and the sahlep and the ayran and the…

7 responses to “Constantinople, not İstanbul”