As part of the repair of the Washington Monument after earthquake damage, workers verify the correct position of the aluminum “capstone” that tops the monument. At the time of its creation, Aluminum was the most precious metal available because of the difficulty of smelting it from bauxite. Estimates vary as to its valuation, but it would have been as precious as silver and perhaps much more so. 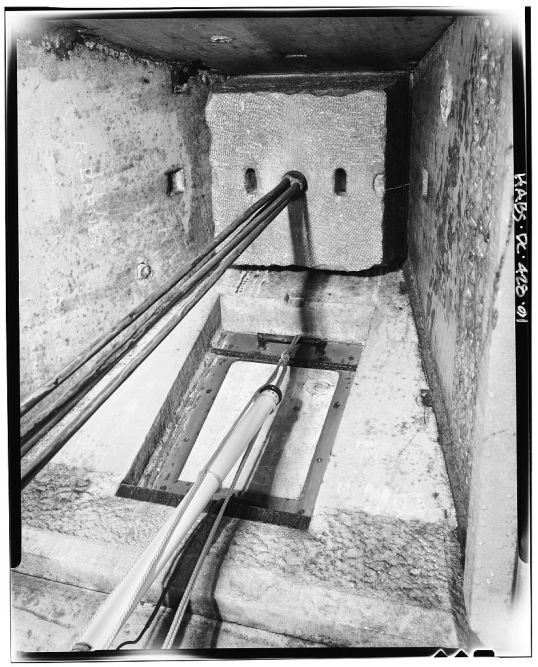 The underside of the cap, showing lightning rod conductors and a trap door.

Exterior view of the trap door during repairs. What this exists for I am uncertain, unless to allow access for repair of the lightning rods which are placed atop the monument.

In 1984, to commemorate the 100th anniversary of its casting, a full-size replica was cast and exhibited at Tiffany’s.

The cap has four sides, each one exhibiting an inscription in cursive writing:

The expression “Laus Deo” means “praise be to God.”

The reason for this inscription has been and continues to be debated by religious and secular scholars, as well as readers of Dan Brown’s The Lost Symbol, which was an intriguing book despite being short on fact and long on artistic license . Since the founders aren’t around to ask, the true answer to its meaning will probably lie forever shrouded in uncertainty. But it’s interesting to know that the cap is there, even though very few people on earth have ever seen it directly.