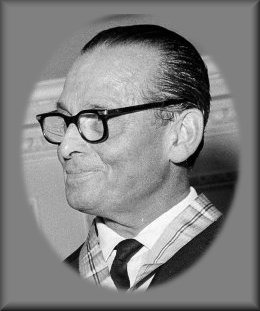 A curious side effect of the 50th anniversary of President Kennedy’s assassination is a resurgence of interest (albeit a small resurgence) in New York’s infamous “Dr. Feelgood,” formally known as Dr. Max Jacobson. I grew up in New York in the 50s and 60s, and my mother was an actress there; I remember her speaking fondly of Dr. Max. In fact, his name was a household word around our home. She got me an appointment with him one time – I was probably around 16 – for Mogg only knows what reason, but I remember the experience vividly.

At the time I had no clue Max was so notorious, although an article which came out  some time before 1968 ² in a local publication had made reference to “Doctor A,” “Doctor B,” and “Doctor C” – it was some sort of investigative report on unconventional medical treatments, and I wish I could find it again, because there’s no question in anyone’s mind who ever visited him that “Doctor C” was Max. Scanning the Internet now, I was surprised to find that  a book was written about Max by by Richard A. Lertzman and William J. Birnes, whence the quote and patient list below were extracted. There seems to be no question that he was treating a large range of patients with methamphetamines, which is why they loved his treatments… he made them happy happy happy!  President Kennedy’s visits to and by Max are well-documented, and about the injections Kennedy said, “I don’t care if it’s horse piss. It works.” Among Max’s other clients were:

Max seemed pleasant and inoffensive, coming across as the absent-minded professor type, and I recall his office well, a jumble of odds and ends, jars of orange solutions with glowing colored stones being “irradiated” with ultraviolet light, and a hodgepodge of other things. Max examined me, drew up a syringe full of I don’t think I want to know, and injected me RIGHT UNDER THE FLIPPING BREASTBONE with a needle that looked big enough to terrify Big Jake. I don’t think I fainted, and in reality the needle was probably a small subq, but I had never had an injection there and it rattled me considerable.  I don’t remember going out singing, as some of his patients seemed to do – maybe I got the low-octane stuff. But I’ll never forget it, and I’m tickled that I had an encounter with one of New York’s more infamous characters.

There was another set of stories that got told frequently at home, and I’m not sure if they are related to Dr. Max or not. In my mind, however, they were – so I’m going to relate them here anyway. I was put in mind of these stories by a delightful article over at “Oh God, my Wife is German” where the author talks about his wife’s love of “King of the Thorns.” Unless I’m totally off the mark, Max had a nurse at one point who was Teutonic in origin, and whose English was often flavored with Germanisms. The three instances I recall hearing the most often are:

[1] For the uninitiated, “vase” was hospital parlance for those portable urinals for bedridden patients.

[2] A subsequent search in 2017 turned up the article in question, from New York magazine and actually published on February 8, 1971.

10 responses to “A Visit to Dr. Feelgood”