I’ve posted pictures from World’s Fairs before; you can see some taken by my uncle (go ndéanai Día trocaire air) of the 1939 exhibition.

The plexiglass Pontiac “Ghost Car” was proudly exhibited at the General Motors Highways and Horizons pavilion; it was built on the chassis of a 1939 Pontiac Deluxe Six. It was a collaborative effort with Rohm & Haas, the developers of plexiglass. It is the only one ever built in the United States. 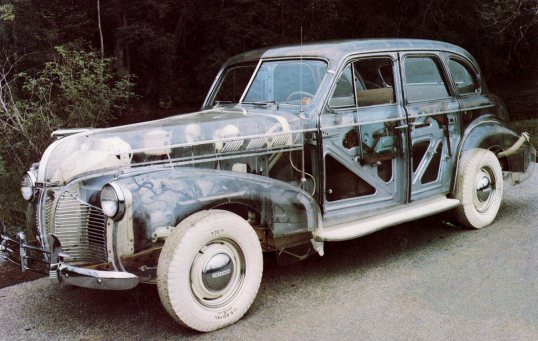 You can see a whole raft of additional superb photos at Twisted Sifter.

What a lovely piece of memorabilia.