Edit 1/22/2016: The thing I was looking for was not called the Skyhopper, but rather the SoloTrek. My memory was the problem. Apparently the company that was trying to develop it abandoned the project. I am surprised I was not able to find an image of it with multiple searches until today. 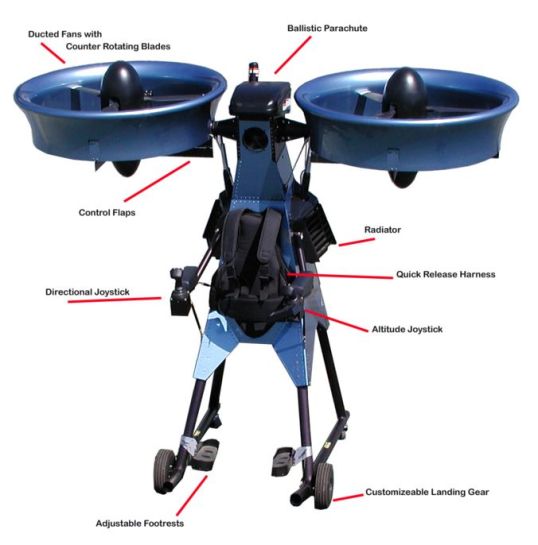 As a result, the entire article below is now moot, but I’m leaving it up as a monument to my faulty memory.

The Internet remembers everything. Everything. Even things that people desperately want it to forget. as witnessed in the Streisand Effect.

So if I go hunting for something I remember seeing years ago, I expect it to be there, in some way, shape, or form… even if only as a relic, an artifact.

And when I can’t find it, I find it… disturbing, to say the least.

The dream of the one-man helicopter has never been fully realized, although a lot of people have spent a lot of money on the idea. I remember years ago one outfit was working on one. There were pictures, videos of the thing being tested in tethered mode, solicitations for investment, the works – all very professional.

It may have failed. It may have been a ponzi scheme. Anything could have happened. But there should be some remnant of its existence on the net, but… nothing.

I remember it used two of these things: 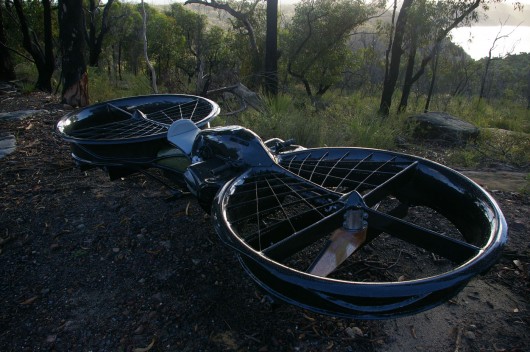 … attached to a sort of one-man tripod. Now I can’t draw worth hqiz, but the basic idea was this:

Edit: I couldn’t remember the name, but my memory of the basic structure was fairly accurate.

The pilot would stand on the two platforms, hold on to the controllers, and off he’d go.

I’m almost 100% certain the thing was called the “skyhopper,” but that term has now been co-opted by something from the Star Wars universe. It’s as if any reference to this invention has been carefully and deliberately scrubbed from the internet.

That makes no sense at all… even failed inventions leave traces. And I know that i’m not experiencing a false memory – I was intrigued by the pictures and the concept when I first saw it, and followed it closely until it became clear that no further progress was being made.

Now, I put no stock in conspiracy theories[1], but the absence of any reference to this thing goes against everything I have come to understand about the persistence of information on the internet. It’s just strange.

[1] What’s really happening, of course, is that the Air Force saw this idea, classified it, killed the inventor, scrubbed all references from the internet, and is now developing the idea secretly at Area 51, aided by the Erich von Däniken foundation.

3 responses to “What ever happened to the Skyhopper? It was actually called the SoloTrek.”