I didn’t know a number of these interesting tidbits. How well will you do?

1. What British monarch ordered ginger cakes made to resemble friends and family members the precursors of today’s gingerbread men?

2. In what country was the turkey first domesticated?

3. What traditional Christmas beverage takes its name from the Saxon word meaning “wish of health”?

4. How big was the turkey Scrooge bought for the Cratchits?

5. Dr. Joel Robert Poinsett brought the first “poinsettia” plant to the U.S. from Mexico in 1828. What was he?

6. Vaccinium macrocarpon is the botanical name for what Christmas-associated plant?

7. What did NASA workers sneak on board Apollo 8 as stocking-stuffers for their Christmas moon mission?

8. What is the most popular Christmastime dessert in Japan?

10. Mistletoe was used in pre-Christian times as…

13. In “The Grinch that Stole Christmas”, was was the Grinch’s heart full of?

14. How many lights were used this year (2015) to illuminate the Christmas tree at the Rockefeller Center in NYC?

15. In what year was Charles Dickens’ classic “A Christmas Carol” first published?

18. Why did the Massachussets Public Health Dept. issue a warning against kissing under the mistletoe in 1969?

19. What Christmas object did Edward Johnson invent in 1882?

20. In 1986, the Irish Rovers released a Christmas novelty song originally recorded by an American duo named Elmo and Patsy. Name that tune.

21. What country blocked the entry of Marie Osmond and The Pointer Sisters on Bob Hope’s 1990 holiday tour to entertain U.S. troops?

22. The first artificial (polyvinyl) Christmas trees made their appearance in which 20th-century decade?

23. Gene Autry’s association with the song “Rudolph the Red Nosed Reindeer” is well known, but the singing cowboy wrote and recorded another Christmas hit in 1949 which went on to be recorded by more than 300 other artists (including Elvis) and to sell more than 80 million copies. What was/is this famous song?

25. Which of the following is St. Nicholas NOT associated with? A. children; B. thieves; C. scholars; D. virgins; E. musicians

And to all a good night! 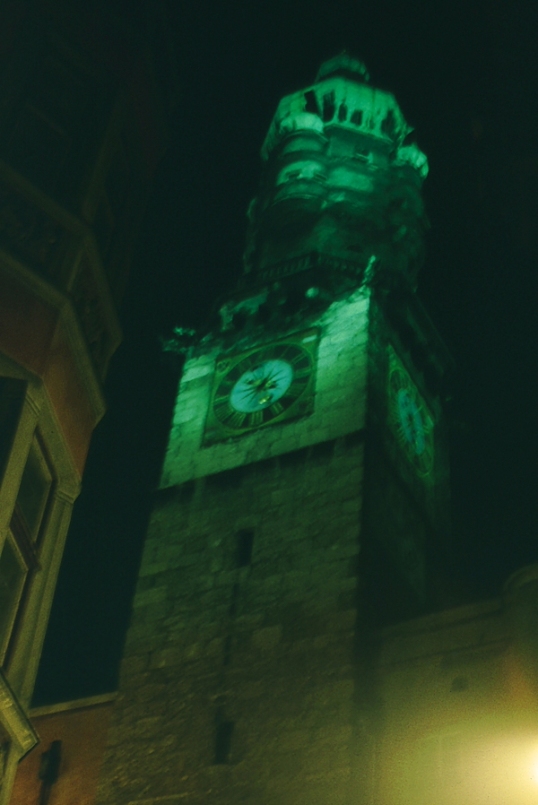 2 responses to “A Christmas Quiz”