Rule No. 1: The IRS will never call you to demand immediate payment of taxes. Ever. If anyone on the phone claims to be from the IRS, threatening to have you arrested if you don’t immediately wire money or get a prepaid card, they are criminals and it is a scam. 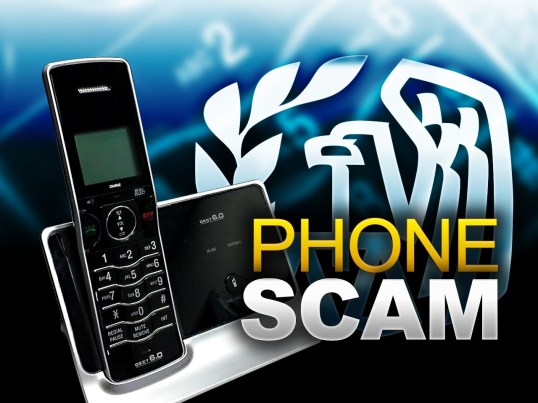 Scammers have become far more aggressive with this particular gambit of late, and it would be important to be aware of what’s happening. Forewarned is forearmed.

An aggressive and sophisticated phone scam targeting taxpayers, including recent immigrants, has been making the rounds throughout the country. Callers claim to be employees of the IRS, but are not. These con artists can sound convincing when they call. They use fake names and bogus IRS identification badge numbers. They may know a lot about their targets, and they usually alter the caller ID to make it look like the IRS is calling.

Victims are told they owe money to the IRS and it must be paid promptly through a pre-loaded debit card or wire transfer. If the victim refuses to cooperate, they are then threatened with arrest, deportation or suspension of a business or driver’s license. In many cases, the caller becomes hostile and insulting.

Or, victims may be told they have a refund due to try to trick them into sharing private information.

If the phone isn’t answered, the scammers often leave an “urgent” callback request.

Note that the IRS will never: 1) call to demand immediate payment, nor will the agency call about taxes owed without first having mailed you a bill; 2) demand that you pay taxes without giving you the opportunity to question or appeal the amount they say you owe; 3) require you to use a specific payment method for your taxes, such as a prepaid debit card; 4) ask for credit or debit card numbers over the phone; or 5) threaten to bring in local police or other law-enforcement groups to have you arrested for not paying.

A cousin of mine was targeted by these drones, and despite the scammers themselves most likely being in another country, this was doubly frightening because they had accomplices in place who actually appeared at her door with badges and threatened her on the spot.

If this ever happens to you, let no one in and call the police.

Some even more diabolical scammers were frustrated that their victim wouldn’t pay up and swatted them. This refers to prank 911 calls, or the unholy practice of getting police or a SWAT team to show up at someone else’s house. Not only is this terrifying for the victim, and can result in lasting psychological harm and other logistical difficulties, but it’s a terrible waste of police resources. The scammers, however, don’t care.

Be prepared by knowing that the IRS will never try to force you to pay up with these aggressive tactics. If you’re called like this, hang up immediately and notify the police.