“This is not a solicitation call!

Hi! This is Kelly from the Credit Card Rewards center! We’ve been monitoring your credit card activity for the last six months: Congratulations! You’re eligible for 0% interest on your approved credit cards! Press 1 to speak to a live agent, or press 9 to be removed!” 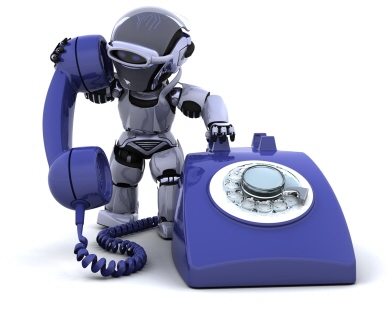 Just Google “This is not a solicitation call” and see how many hits you get at websites like 800Notes, WhoCallsMe, and other scammer databases.

I noted with interest that the Economic Times of India just reported the arrest of 500 call center employees who were threatening the US citizens and siphoning off their money. That’s a good piece of news – I wish they could shut them all down.

I’ve often wondered if the people who lend their voices to these robocalls have any idea what their recordings are being used for. It would seem hard to record a pitch like that without knowing that something shady is going on. On the other hand, despite the chipper-sounding greetings, perhaps they don’t care, and they’re just as crooked as the people who are running these robo-calling scams.

It seems that there are relatively few operators. According to sources at the Black Hat security convention in Las Vegas, 51% of  these robocalls originate from one of 38 outfits. That gives some hope that the flood may not be unstoppable, or at least that a serious dent could be put into their operations if they can be tracked down and apprehended.

While it seems that no one is doing anything, the opposite is true. Last June the FTC shut down Payless Solutions, a robocalling scammer who was charging hundreds or thousands of dollars for interest-lowering solutions, often without the customer’s permission.

I’m grateful to anyone who is diligently working to make sure the criminals behind and involved in these despicable operations are stopped and justly rewarded for their nefarious activities.

2 responses to “This is not a solicitation call!”