After the Port Arthur massacre in Australia, former Australian Prime Minister John Howard said, “We have an opportunity in this country not to go down the American path.” And they took that opportunity: Australia banned semi-automatic rifles and shotguns – weapons that can kill many people quickly – and implemented a 28-day waiting period, thorough background checks, and a requirement to present a “justifiable reason” to own a gun.

Guns were not banned outright, and while gun violence did not end in Australia, it was cut by roughly half since 1996 – and there has never been another Port Arthur since.

In 1987, a single gunman killed 16 people in what came to be known as the Hungerford Massacre. As a result, made registration mandatory for owning shotguns and banning semi-automatic and pump-action weapons.

Despite this action, in 1996 an unspeakable, cowardly bastard burst into the gymnasium of a primary school in Dunblane, Scotland, and killed 15 children aged five and six along with their teacher before turning one of his handguns on himself. By 18 months later, UK lawmakers had passed a ban on the private ownership of all handguns in mainland Britain, resulting in some of the toughest anti-gun legislation in the world.

In the first month and a half of 2018, there had been 17 shooting incidents at schools in our country. Some were accidental, some were intentional, one was suicide, and some resulted in no injury or death – but 22 people died, and many more were injured. As of this writing, there have been 290 school shootings since 2013.

Even one is too many.

But the odds that the United States will ever ban firearms outright approach my odds of winning the lottery – that is to say, virtually nonexistent.

From where I sit, there are two dominant reasons for this, reasons which have the weight of history behind them.

1. The right to bear arms is guaranteed by the Second Amendment to our Constitution:

“A well regulated Militia, being necessary to the security of a free State, the right of the people to keep and bear Arms, shall not be infringed.”

The interpretation of the scope of that statement, in the absence of the people who framed it, is being examined in courts on a continual basis. More about this in a bit.

2. Firearms are an integral part of our nation’s history

For better or for worse, our nation’s history depended on firearms. The expanding frontier and the uncertainties of life in a lawless country made owning a firearm (or an armory) often meant the difference between survival and becoming a nameless skeleton on the prairie.

But after surviving the hostile elements, there was still the matter of putting food on the table. Hunting in American has morphed from a matter of daily bread to a wildly popular sport; in Utah, for example, teachers expect classrooms to be oddly empty during the deer hunt.

When I was growing up, guns were everywhere. It may be why “A Christmas Story” is such a popular movie with a certain generation:

Ads for air rifles and BB guns were seen in just about every comic book:

At summer camp, we had a BB range and a rifle range. I loved riflery, and in 1964 I attained the Junior NRA rank of “Sharpshooter 2nd Bar.” I would have certainly gone farther had I been able to attend camp more frequently – target shooting was a lot of fun, and I was proud to have earned these. 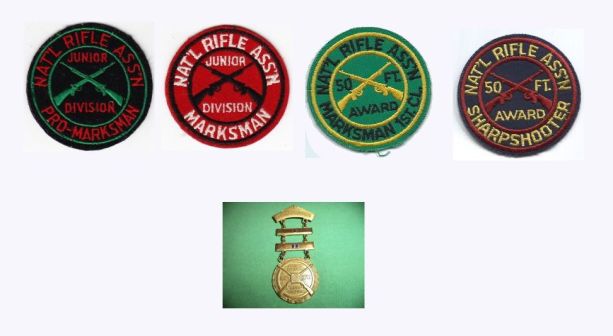 I owned many toy guns and weapons of mass destruction when I was a kid – and playing “cops and robbers” and “cowboys and Indians” was just what was done.

In our games, when you got shot dead you always just got up again… even if they got you right behind the davenport. While our riflery instructor was impeccably serious about safety on the range, there was never any training given on how to handle a gun safely in the real world, or education around the fact that guns were designed to kill things instead of hit targets at 50 feet, or that when you’re dead, that’s it – there’s no coming back for a second chance.

The fact that guns are written into America’s DNA has allowed the NRA to morph from an organization for sports enthusiasts into a powerful political entity – one which seems determined to preserve and expand its influence at all costs. And their “cold dead hands,” any weapon, any time, any caliber, any size, any magazine, any bump-stock philosophy has been adopted by a significant portion of our citizenry, including a significant number of our legislators who take obscene amounts of money from the NRA, all the while sending their “thoughts and prayers” to the victims without being willing to do anything about the carnage.

The recent shooting at Parkland left 17 people dead. I haven’t even mentioned other gun-related deaths, such as the one in Las Vegas that killed 58 people and injured 851.

It’s time for a change.

Yes, the 2nd Amendment still guarantees our citizenry the right to bear arms, but I do not believe – I will not believe – that the writers of that amendment  ever meant for a single individual to own something like this, unless the zombie apocalypse were a real possibility: 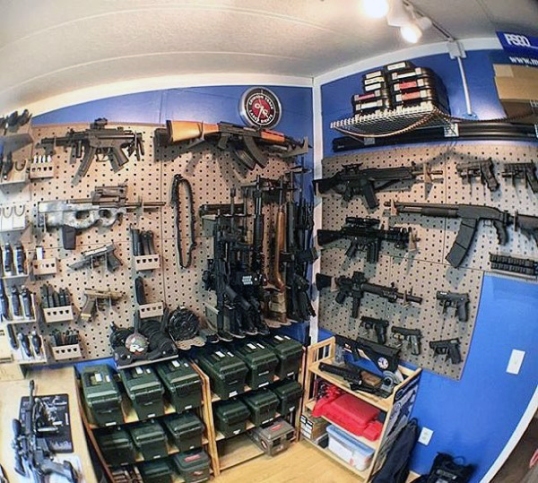 “Like most rights, the right secured by the Second Amendment is not unlimited…”. It is “…not a right to keep and carry any weapon whatsoever in any manner whatsoever and for whatever purpose.”

I personally believe that the writers of the 2nd Amendment would be shocked if they saw how that little bit of the Constitution was being interpreted and argued and implemented today, especially if they viewed the daily carnage in a nation with between 270 million to 310 million firearms, depending on whose estimate you believe.

As long as the 2nd Amendment remains in force, we as citizens of this country must balance a right to bear arms with an end to the daily death toll which has reached untenable proportions – indeed, has been unbearable for decades.

If you want to own a gun, this is how it should go:

In addition to this, I call for a total ban on semiautomatic weapons in the hands of private individuals. They are weapons of war; nobody needs one of these killing machines for hunting, or for any other purpose short of the above-mentioned zombie apocalypse. Bump stocks are a no-brainer – they make no sense.

I have many gun-toting, sharpshooting, hunting, and reloading friends who will disagree with my opinions, but that’s how America works. This is such a highly-charged issue that I debated about disabling comments on this post, but I have always supported civil discourse on difficult issues. Ignorant and trollish comments will be ignored and deleted without ceremony.