Cross-posted from Livejournal and updated 11-8-2018

☞ The executive summary is, “Because it doesn’t go far enough.” ☜

A photo gallery at Time Magazine brought this issue to the front of my mind again, where it has been many times. Swirling around in the mass of insignificant facts and rabid squirrels that inhabit my brain are thoughts that keep coming back to me over and over again, many of which have to do with the overwhelming societal cost that we are paying for a failing war on drugs. 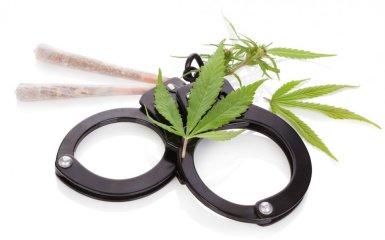 If recent statistics (CDC, 2009) are to be believed, 6.6% of people over 12 were using marijuana at least once a month – a total of 23.1 million people (minus the ones under 12). That’s us. We’re the ones who are funding the carnage in Mexico as drug cartels battle for turf and slaughter countless people in their quest for American drug dollars.

We saw how well Prohibition worked… all it did was put the country’s alcohol revenue into the hands of the criminal element. Whenever money is to be made, the bad guys will be there in force, because they don’t care how they get it.

“Although consumption of alcohol fell at the beginning of Prohibition, it subsequently increased. Alcohol became more dangerous to consume; crime increased and became “organized”; the court and prison systems were stretched to the breaking point; and corruption of public officials was rampant. No measurable gains were made in productivity or reduced absenteeism. Prohibition removed a significant source of tax revenue and greatly increased government spending. It led many drinkers to switch to opium, marijuana, patent medicines, cocaine, and other dangerous substances that they would have been unlikely to encounter in the absence of Prohibition.” Cato Institute Policy Analysis

The societal costs of alcohol are enormous, whereas the social impact of cannabis use is significantly less.

I can’t recall the last time I heard of some high-flying husband beating his wife and children; it’s hard to be aggressive when you’re giggling. That’s said somewhat tongue-in-cheek, but in all my life I have never encountered an angry pot user, whereas the number of bar fights that go on in cities and towns all around America, followed by nights in the slammer and subsequent taking out of infantile anger on innocent domestic partners and children is beyond anyone’s ability to count. The same holds true for violent crime, sexual assault and date rape.

Ask any emergency-room doc, nurse, or EMT: alcohol use contributes to reckless behavior and serious injuries, and it is highly associated with emergency room visits; such visits directly associated with cannabis would hardly make a blip on the radar.

Take the Money Away From the Criminal Element

Drug tunnels like these, as well as illegal farms in national forests and elsewhere, with all their associated risks to innocent citizenry, would become a thing of the past if cannabis were freely available, regulated and taxed in the same way tobacco is.

“The libertarian Cato Institute just issued a detailed statistical analysis on how ending prohibition – a favored term for supporters of pot reform – could help America’s budget woes. According to the much-discussed study, legalizing all illicit drugs would save the government $41.3 billion a year in law-enforcement costs and generate some $46.7 billion in tax revenue; marijuana would account for $8.7 billion of the savings, and another $8.7 billion in taxes. Legalized marijuana would certainly help fatten state coffers in debt-crippled California, where pot is the biggest agricultural crop, with $14 billion a year in sales that never appear on tax returns.” (Newsweek, “The Conservative Case for Legalizing Pot”).

Further thoughts on the tax advantages appeared in the LA Times on 8/27/10.

Prosecution of recreational THC users and those who require it for valid medical reasons is wasting billions of tax dollars directly and indirectly, and taking valuable law enforcement hours away from issues that are significantly more important. Based on everything I’ve seen, heard and read, legalization will have a negligible impact on usage which is already there, and will have societal benefits far greater than any potential increase in disadvantages.

I’m by no means for blanket legalization of all illicit drugs, but at this point marijuana appears to be a no-brainer in terms of cost-benefit analysis. The usage is already there. In a sense, not legalizing it is an immoral act, given how much blood and carnage is resulting from the activity of the Mexican cartels which we are directly funding.

If people could walk down to their local package store for some quality-controlled, legal cannabis, who in their right mind would risk buying it from illegal sources? The illegal marijuana market would simply dry up.

There will be those who question why I’m taking such a position, especially in light of my own religion’s stance on the use of things as mild as tea and coffee, let alone alcohol, tobacco and illegal drugs. Make no mistake: I’m convinced that if people would give up the use of all harmful and/or addictive substances, the physical, emotional and spiritual health of our nation would rise dramatically, and countless billions of dollars would be saved. That said, I am simply looking at the numbers. Legalization would save lives, free up law-enforcement resources, and redirect funds from the criminal element to other critical social needs. I can’t look at it any other way.

Progress is being made. Canada has legalized marijuana, and just this week they experienced a severe legal problem: there isn’t enough of it.

It’s time to get cannabis out of the hands of criminals, and good people – who have committed an offense no worse than a three-martini lunch – out of prison.