Found this video the other day, and it made me smile.

Back in the day,  the stores only had VHS tapes (and a precious few, like Video Vern’s in West Valley, had a Betamax section),

It’s a tape rewinder – ours looks like a car, and the headlights come on while it’s rewinding. That way you could watch another movie while you were rewinding the first one.

Fortunately, with DVD and Blu-Ray formats, such things are no longer essential – but you can still buy one. 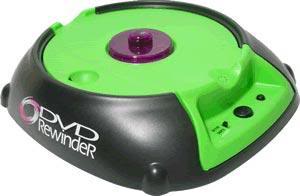 Things are so much easier now…

Then again, before the days of home video, going to the movies was a different experience.

When I was a kid, in NYC, you’d pay 50¢ for a matinee ticket. You’d go in and sit down in this massive theatre with one screen, and a big red velvet curtain hanging in front of the stage.

That’s the Byrd Theatre in Richmond, VA – lovingly restored, but that’s what a lot of them looked like.

An usher with a flashlight would help you find a seat if you needed help. The lights would go down, the curtain would go up, and the show would begin.

First, a newsreel. Then, usually, a cartoon. Then another short subject. Maybe some previews. And finally the main attraction, often with an intermission. And when it was all over, you could sit there and do it all again. And again. And again, if you wanted. If you came in late, you could just wait until the beginning came around again. Nobody chased you out. And all for four bits… a great way to escape the summer heat.

Now that’s how to watch a movie.