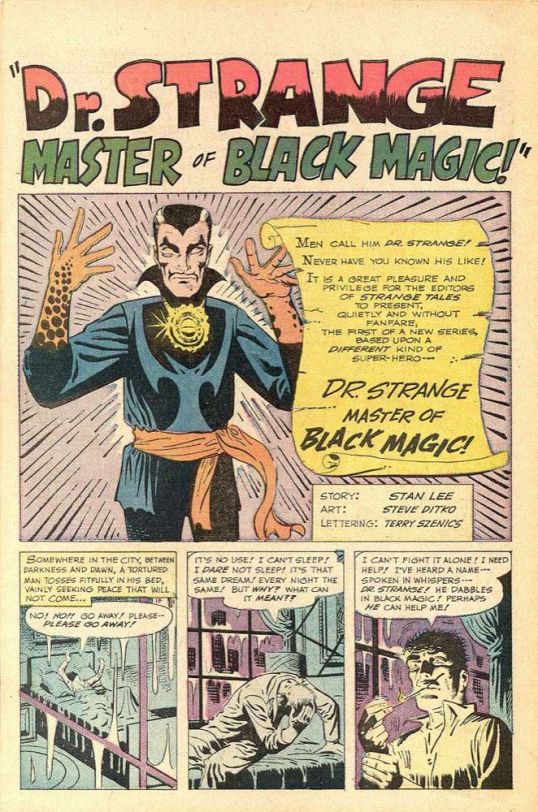 As a kid in the 60s, Dr. Strange was one of my favorite characters. And it hardly needs to be said that his Grand High Excellence Mr. Cumberbatch is perfect for this rôle.

This was the film that absolutely begged to be done in 3D, and while many films have tried with varying degrees of success to bring a new dimension to the screen, the result here was, to be blunt, breathtaking; a good summary of why is found at CinemaBlend.

I will spoil nothing, but I was desperate to see this before the 3D version left the theatres; I missed Pacific Rim that way, and I think my experience was poorer for it. Today I got my chance, and it was worth the drive to a neighboring city.

There’s a lot to love about this film; the effects, the story, the music, and a fun little fillip of anticipation at the end (oh yes, that’s the only spoiler I’ll leave here – don’t leave before the credits have rolled.)

It may not be for everyone… Strange was truly one of the stranger Marvel characters in the canonical universe. I’m powerfully pleased by what they did with this film, and look forward to more coming down the pipeline.

I’m a huge fan of Mr. Cumberbatch – I think he’s one of the most versatile and gifted actors of the present day. This film did nothing if not raise him in my estimation even farther.

If you haven’t seen Dr. Strange, see if you can find a 3D showing near you. I think you’ll find the experience was worth it.