Earlier I posted some memories of the old Hayden Planetarium in New York City. As a child it was one of my favorite places to go.

Finding myself in New York City once again, I decided to take the opportunity to visit the American Museum of Natural History along with its new Science Center. With one small exception, I was not disappointed.

I started out with a wonderful presentation narrated by the Planetarium director, the illustrious Neil deGrasse Tyson, called “Dark Universe.” It was visually stunning and extremely enlightening. I mentioned to my Facebook group that if Carl Sagan were still alive, and had he been able to see this presentation, it probably would have brought tears to his eyes – such was the respect paid to the wonder of the universe in this beautiful show.

Next on the docket was a visit to a very brief presentation about the Big Bang, narrated by Liam Neeson. Only 4 minutes long, it was light on science but a good introduction to the subject for the many people who come to visit the planetarium.

Leaving the Big Bang theater, one exits the dome and proceeds down a spiral ramp with many exhibits along the way relating to the formation of the universe from the Big Bang to the present day. 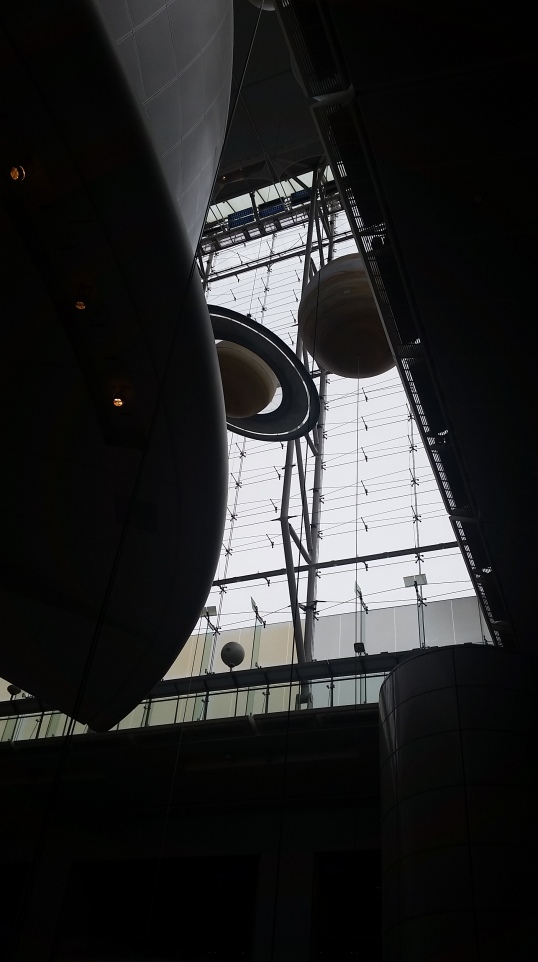 Other exhibits artfully and powerfully illustrate the scale of the universe from the subatomic to the farthest reaches of our observation. On the bottom floor one finds some familiar things: the Willamette meteorite which was salvaged from the old planetarium, 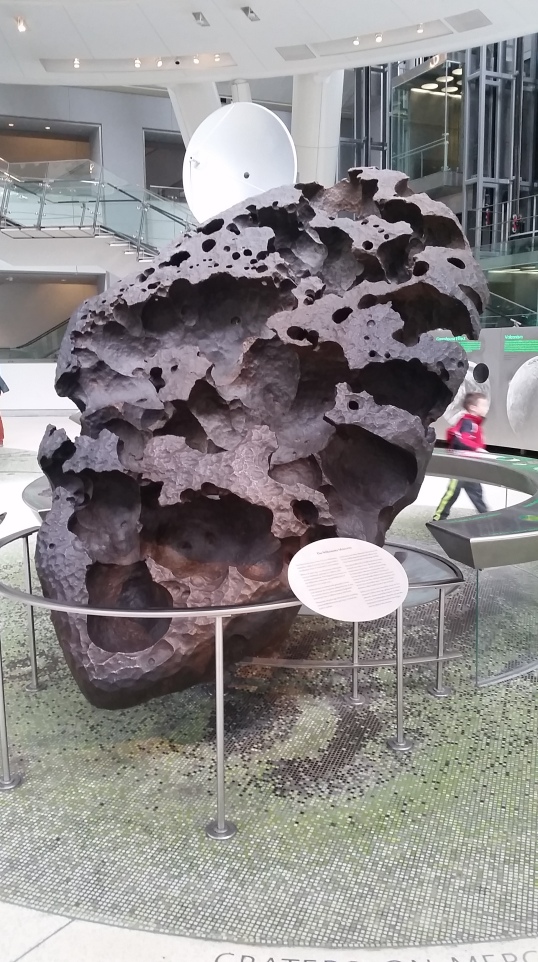 and many scales embedded in the floor showing your weight at various locations in the universe, such as the moon, a red giant star, the Sun, and a neutron star.

One never stops learning. I was surprised to see that my weight on the “surface” of a red giant star was almost negligible. Had I stopped to think about it, I would have realized that these expanded giants are so large that their photosphere is far, far, from their center of mass, meaning that the effect of gravity is almost nil.

I was crestfallen to find out that the Copernicus room with its amazing clockwork orrery which I so dearly loved as a child no longer exists; the entire building that housed the old planetarium was torn down to make way for the new Science Center, and apparently the mechanisms had stopped functioning as early as 1980. Modern day knowledge and technology has far surpassed the needfulness of the old mechanical device… but it was cool. The planets actually moved in real time, and the glowing orange Sun at the center was captivating. At least I have the memories.

Leaving the planetarium, I wandered around the Natural History Museum and reacquainted myself with many of its amazing exhibits. Like the movie in Paris, this is not a building that one can experience in a single day so I had to be selective. I was not, however, disappointed.

The old dioramas in the African mammal room and elsewhere have been lovingly preserved and maintained; they look exactly the way I remember them and are still stunning to consider. These are true works of art.

My first girlfriend, to whom my mother introduced me when I was about four or five, was still there, along with many other wonderful fossils. In the hall of dinosaurs, I learned something new again: the old conventional wisdom that a Stegosaurus had a brain in its ass to control its back end the same way a hook and ladder truck has a second driver is simply not the case. Live and learn: farewell, Brontosaurus. Farewell, butt brain. (But Pluto is still a planet, dammit.)

The museum is now home to one of the largest dinosaur fossils that can be seen by the general public. It’s so long that they had to have its head stick out of one of the exhibit rooms.

“The new, much larger occupant grazes the gallery’s approximately 19-foot-high ceilings, and, at 122-foot, is just a bit too long for its new home. Instead, its neck and head extend out towards the elevator banks, welcoming visitors to the “dinosaur” floor.” 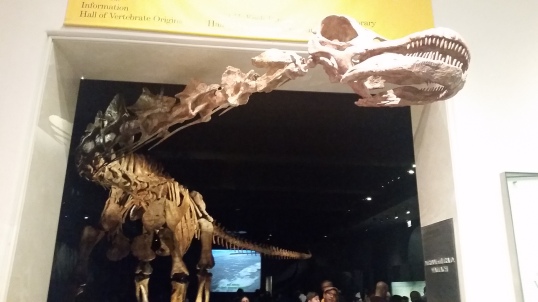 The so-called “titanosaur” is so new that it has not yet been officially named, but it certainly makes for quite the sight.

There were so many other things to see. If I were to ever live in New York City again, which given real estate prices is far beyond the realm of possibility, I would certainly become a member and support the museum with regular visits.

Three images from this museum which I was privileged to visit whilst living in Austria, two rather strange and one lovely and evocative.

Vogel Selbsterkenntnis (The Bird of Self-Knowledge)

The text below this strange creature reads:

Or, in standard German,

Let everyone take themselves by their own nose
Don’t blow on what does not burn you.

This is an admonition to mind your own business, know yourself, and don’t involve yourself in things that do not concern you.

An attempt by a Tyrolean artist to comprehend the doctrine of the Trinity as set forth in the Athanasian Creed. Tyrol is probably the most Catholic of all the regions of Austria, itself a predominantly Catholic nation.

I love the wood. Warm, old, polished, wood. My dream house would have rooms like this.