In current parlance, the word “woo” is defined at RationalWiki in this way:

Woo is a term for pseudoscientific explanations that share certain common characteristics, often being too good to be true (aside from being unscientific). The term is common among skeptical writers. Woo is understood specifically as dressing itself in the trappings of science (but not the substance) while involving unscientific concepts, such as anecdotal evidence and sciencey-sounding words.

No industry is more susceptible to the propagation of woo than the diet, health, and nutrition sector. Just say “trillion dollar industry” and you have the motivation to do and say anything to get a slice of that pie. Facebook, Pinterest, and Tumblr are all hotbeds for the dissemination of woo. Countless public figures have gotten rich by flogging woo, and in the process have led to believe that various and sundry herbs, spices, and so-called “superfoods” are a panacæa for all sorts of ills – cancer, diabetes, heart disease, and even lupus. 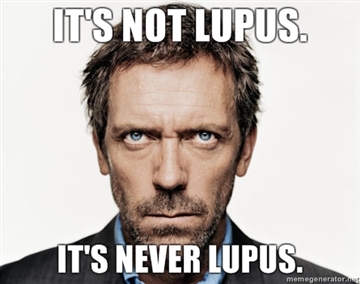 I’ve blogged many times about snake oil and supplements. The industry of deception is alive and well. Even a year after her death, my mother continued to receive slick-looking solicitations for absolutely worthless concoctions like “MentaFit Ultra“, which unsurprisingly is not even sold any more. These products arise in a flash of advertising, are sold to a whole raft of unsuspecting and gullible victims, and then vanish along with their creators, only to surface with another name and a new formulation.

Newser, a popular news aggregator, is still allowing multiple clickbait ads and popups for worthless and expensive supplements to appear on their website,  even though this last particular scam has been widely debunked by multiple sources – two of note are Malwarebytes and Snopes. A percentage of this may be the result of poorly-vetted or supervised automatic affiliate marketing ad placement, but someone has got to know the kind of stuff that’s being hawked here – and Newser is hardly the only offender. I just happen to use them as the teacher in the moment because I’m sad about what they’ve allowed themselves to become in the name of monetization.

Go to the article and they refer to two studies at PubMed:

In the second article, the abstract includes the following sentences:

Traditionally, this spice has been used in Ayurveda and folk medicine for the treatment of such ailments as gynecological problems, gastric problems, hepatic disorders, infectious diseases, and blood disorders. […] Numerous animal studies have shown the potential of this spice against proinflammatory diseases, cancer, neurodegenerative diseases, depression, diabetes, obesity, and atherosclerosis. At the molecular level, this spice has been shown to modulate numerous cell-signaling pathways. In clinical trials, turmeric has shown efficacy against numerous human ailments including lupus nephritis, cancer, diabetes, irritable bowel syndrome, acne, and fibrosis.

Forgive me, but my BS meter just redlined.

Even without digging into these articles beyond the abstract, and analyzing methodologies and statistical significance of the results which I don’t have the time and energy to do, there are just too many red flags to even begin to take these kinds of claims seriously. References to Ayurveda, the fact that almost all the authors are from India, the wild claims of efficacy or references to “showing potential” – nothing here can be construed as “proof” that turmeric is “better than Prozac” for depression.

A caveat: I am not wholesale against nutrition, or nutritional supplements, or natural remedies. Aspirin was once a “natural remedy,” until science isolated salicylic acid and multiple peer-reviewed, double-blind, randomized tests proved its efficacy. There’s a lot we don’t know. Despite my skepticism about the studies above, there may be value in curcumin and turmeric that have not been fully explored. As with anything in science, the key is a large base of peer-reviewed studies and reproducible results.

Until then, woo-articles of this nature need to be taken with a hefty dose of salt – not just a pinch. Be very careful whom and what you trust. There are still people out there hawking “Miracle Mineral Supplement” for all sorts of things, and it’s nothing more than diluted bleach. This junk will kill you.

Depression is a serious illness and can be debilitating. While they are not a magic bullet, FDA-approved meds help many people to be able to carry on normal lives. And there is no one-size-fits-all solution.

This much I can tell you: ☞ It’s not turmeric lemonade. ☜  Be very careful out there.