Steam locomotives of the Chicago & Northwestern Railway in the roundhouse at the Chicago, Illinois rail yards. Photo taken December, 1942

The roundhouse was an integral part of the American (and worldwide) railroad scene, typically used for locomotive storage and repair. I learned what a roundhouse was in the 50’s, from one of my favorite children’s books, Tootle:

It made perfect sense. 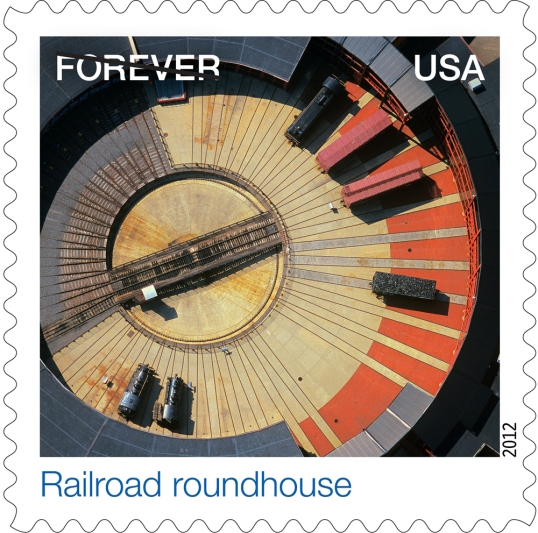 Roundhouses memorialized on a 2012 Forever stamp 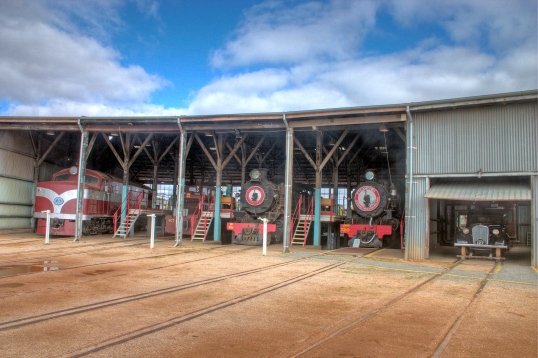