Charlie Chaplin in New York,  appearing with Douglas Fairbanks, Sr. during WWI. They were promoting war bonds for Third Liberty Loan. Photo taken in April, 1918 in front of the Sub-treasury building. 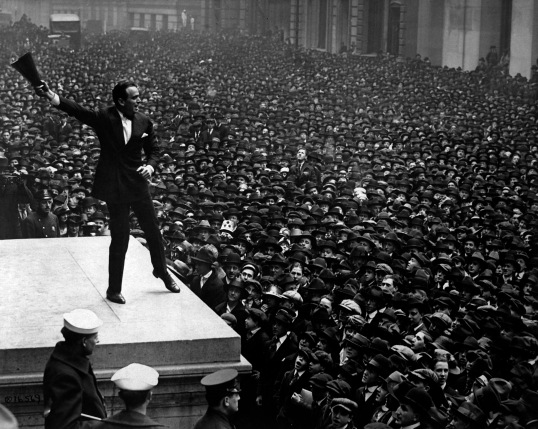 An intriguing glimpse of a tiny slice of history that I had never seen before.

3 responses to “Chaplin in the air”