Photos taken at Notre Dame in Paris, while bumming around Europe as a student in 1971. 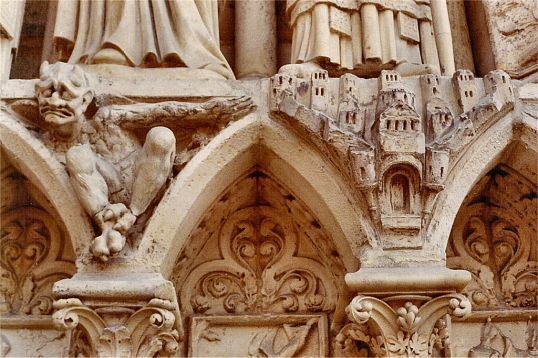 I loved this little guy and the city scene next to him. I was captivated by the fine detail in the stone work. 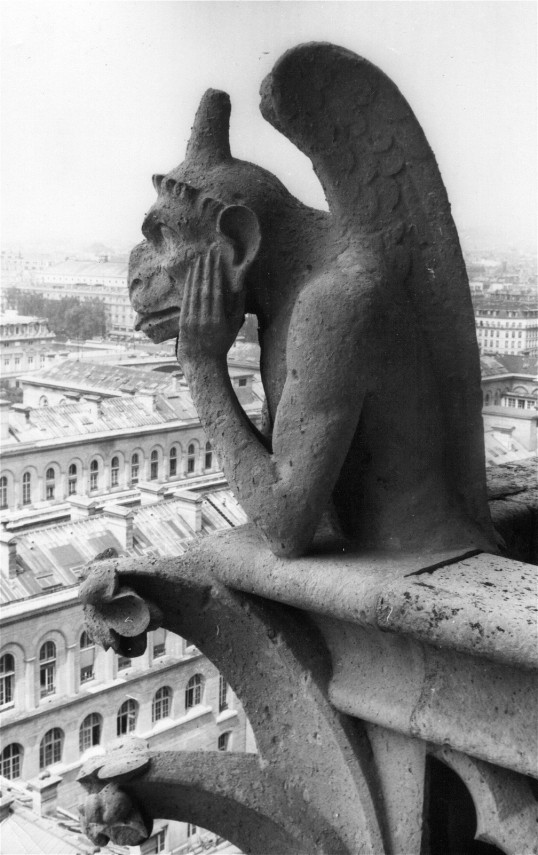 Notre Dame: “Nothing ever happens around here.” 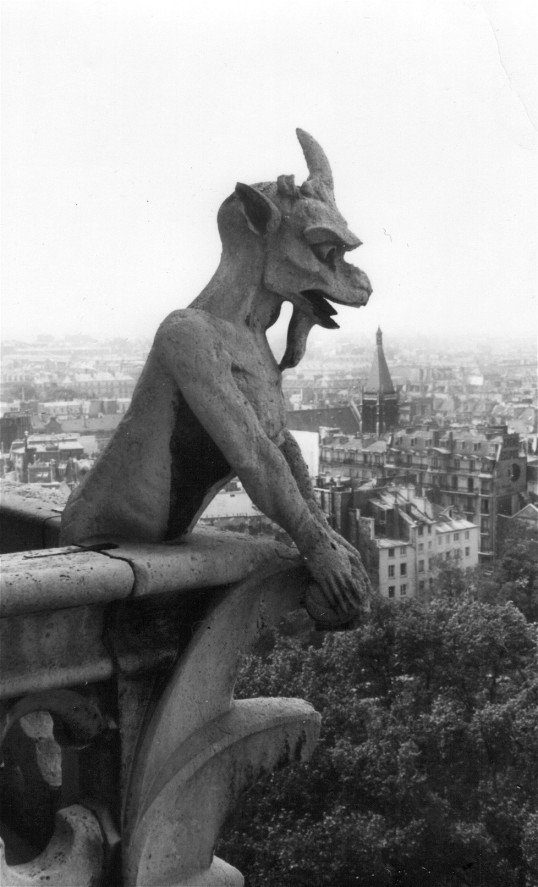 Notre Dame: Watching over the city

Note: These are not gargoyles proper, as they don’t act as rainspouts (or hot lead dispensers, if you’re in Hollywood.) The term comes from “gargouiller,” a French verb describing the gurgling sound they made when water was flowing from their mouths. These would more properly be called “grotesques.”