My previous entry dealt with an event in Chicago where a paid passenger was roughed-up and dragged off a flight by Chicago Aviation Security “officers” – notice those scare quotes, they are there for a reason – for refusing to give up his paid seat.

United’s policies are crack-headed to begin with.

Here’s a screen cap from the internal memo Munoz sent to United’s staff: 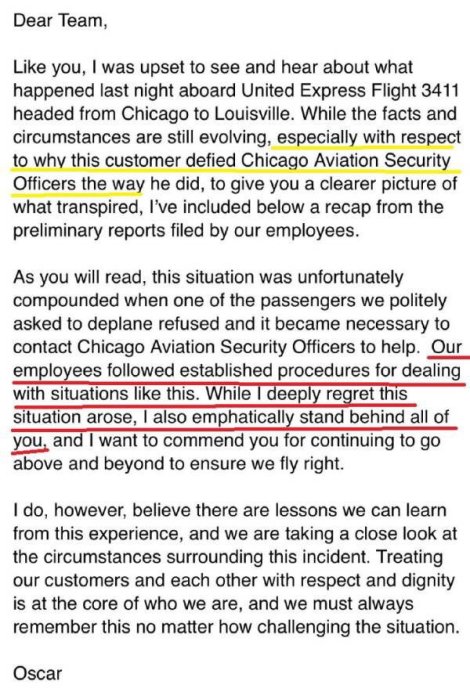 And here’s pretty much the reality – the video of the event is damning: 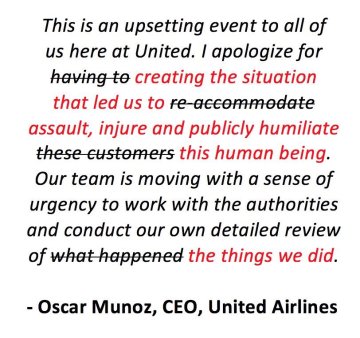 The customer defied Chicago Transportation Security because he had a right to be on the plane, in a seat which he had paid for. As a physician with patients to see, it’s not surprising that he was upset. When people are upset they don’t always act in the most rational manner, behave like sheep, put their heads down and blindly comply with corporate douchebaggery.

“Mr.” Munoz, dragging a paying customer off an airplane is not “re-acccomodating” him, you insufferable asshat.

If Oscar Munoz thinks that “established procedures” for dealing with unhappy customers should include calling for armed men to brutalize, assault, and humiliate a passenger, that’s a good reason for the flying public to shun United like the Ebola virus.

One response to “Oscar Munoz, United’s CEO, doubles down.”